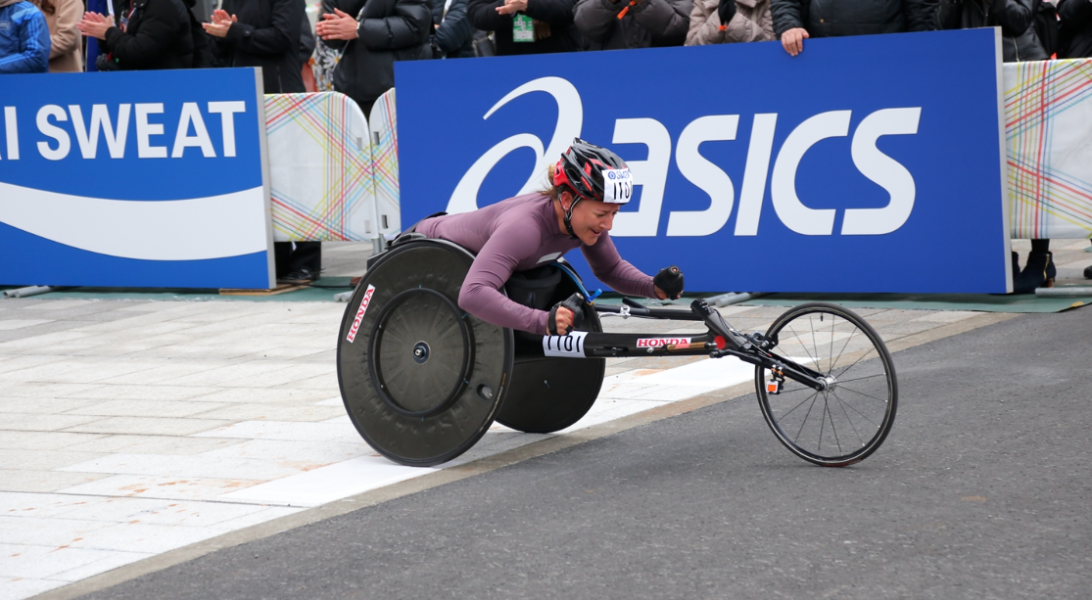 Starting at the first event of Series XII of the Abbott World Marathon Majors - the BMW BERLIN-MARATHON on September 16 - wheelchair athletes will be able to score a potential eight bonus points in the new AbbottWMM Bonus Points competition.

For the BMW BERLIN-MARATHON the Bonus Points location will be at the 38km marker; at the Bank of America Chicago Marathon on 07 October athletes will claim their points at the halfway point (13.1miles) and the bonus points will be awarded at 20km in the TCS New York City Marathon on 04 November.

Organizers have the option of providing a point-to-point time trial challenge or a single point marker on the course as in the first three races of Series XII. In a point-to-point competition, the eight points will be awarded to the fastest man and woman to complete that section, regardless of their place in the pack at that time.

This will make for an interesting �race within a race' scenario at each marathon, giving athletes the chance to showcase their strengths and strategy en route to the finish line.

AbbottWMM Series XI men's wheelchair champion Marcel Hug (Switzerland) said, �"I like the idea of this new addition and I think it will make the racing more exciting. It will be interesting to see if it affects the race overall."

Fellow Swiss and Series XI women's wheelchair champion Manuela Sch�r added, �"I am really looking forward to kick off my Series XII campaign in the Abbott World Marathon Majors. I think the new bonus points element is going to make the leaderboard very interesting and I am hoping I will be able to get my hands on some of the extra points during the series."

The points section will be clearly visible to all athletes and spectators on the course so supporters can cheer the athletes towards the bonus points.

The eight bonus points awarded will contribute to the total on the leaderboard of the AbbottWMM race series. This will add a new layer of competition amongst the world's best wheelchair athletes as they battle it out across the six races for the AbbottWMM Series XII title and prize money.

Executive Director of Abbott World Marathon Majors, Tim Hadzima added, �"The addition of the AbbottWMM Bonus Points location will add a new dimension to the intense racing of the wheelchair athletes.

�"The designated section on the course also creates a natural cheer zone for the spectators, while giving the media and broadcast an additional element of the race to focus on. We are excited to see how this will affect the leaderboard in Series XII."