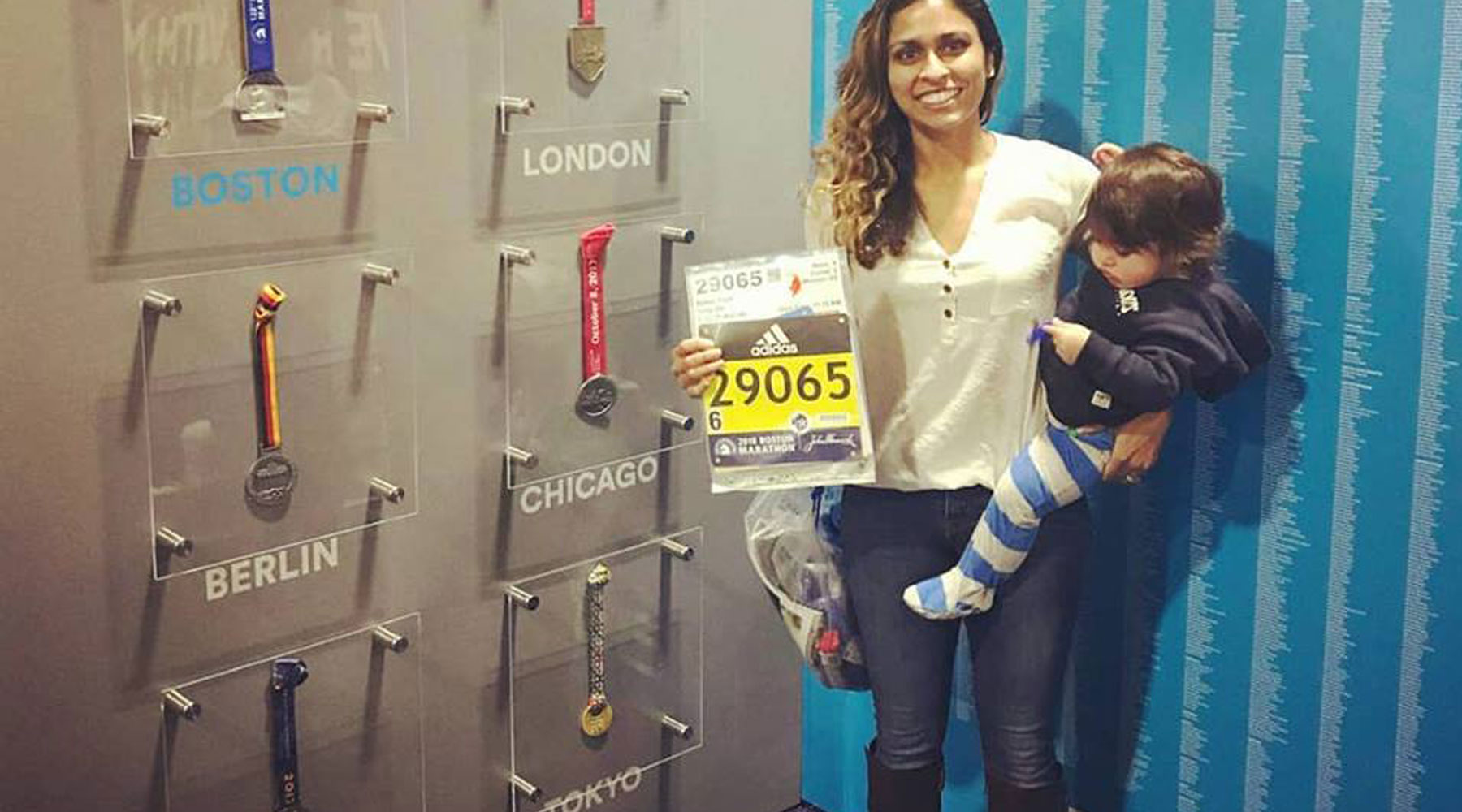 Meet Gajal Kumar, a 34-year-old mother of two (with a third on the way!) who is a physician, a Six Star finisher and inspiring woman who juggles work, family life and happiness as many of us try to do‚Ä¶

"I grew up on Long Island, New York and now live in Tulsa, Oklahoma.

"I was never a runner growing up, in fact I clearly remember having to do a mile in elementary school and coming in last because I walked the whole thing. I was active in other ways but running was just never my thing. This all changed when I started Jefferson Medical College in Philadelphia.

"Every year Philly has the Broad Street Run which is a 10-mile race. Several people from my class ran it and I was so impressed that I ran it the following year. Crossing the finish line was the most amazing feeling ever, I felt so proud and so accomplished!! I was hooked and I signed up for my first half marathon the very next day.

"My first marathon was also my first Major -- the 2013 TCS New York City Marathon. It came at a stressful time in my life - I had just finished my surgery residency in New York and had started my trauma surgery fellowship in California. I flew out on Friday morning after a 24-hour shift at work and went straight to the expo from the airport. I did it though and crossed the finish line with the most amazing feeling - I was officially a marathoner! Unfortunately, as I had to be back at work on the Monday morning, I jumped on a flight back to California a few hours after finishing!

"My most memorable Major has to be Chicago in 2018 when I was 33 weeks pregnant. This was my second time doing Chicago and I didn't go into this light heartedly. I was open to cancelling at any point before or during the race. I had no expectations, I just wanted to be out there with everyone and make the cut-off. I felt good, and did a mix of running and walking to finish in under six hours. It was my slowest marathon but the one I am most proud of.

"I got my Six Star medal at the 2018 Boston Marathon -- the year of the crazy weather! This time I was eight weeks pregnant and suffering terrible morning sickness -- including on race day. It was a day like no other and I smiled my way through the wind and rain. Turning onto Boylston was indescribable -- I felt like a superhero!! To top it all off I got my Six Star medal! All my years of running, and training felt like they culminated in that one moment, it was amazing.

"When it comes to juggling motherhood and marathons, for me they complement each other and as a family we make it work. I work as a full-time trauma surgeon so running is my release and I do what I can to fit it into my life. That often means early mornings or late nights -- before or after the kids are in bed -- but the feeling I get from it is worth the effort. My husband is a huge support and takes charge when I do my long Saturday runs, and if he's busy with his restaurant, I either hire a babysitter or use the treadmill.

"Nursing is a whole other running challenge but by planning my runs near my home or taking the pump in the car -- you can do it. I even took 20minutes out of my London Marathon at mile 17 to pump for my little one. It's not always about the time you run in -- having that time with my family and being mom and marathoner at the same time is an amazing feeling.

"I was running before I became pregnant, so by keeping it going safely during pregnancy it really made it so much easier to get going again after delivery. The biggest thing you need to manage when running pregnant is your expectations - you will be slower, you will be more tired and you will need more time to recover. Just be proud that you are out there, putting one foot in front of the other and staying healthy.

"I ran throughout my pregnancies for both including a 5km just two days before my son was born and a 15km two weeks before my daughter was born. I listened to my body the whole time, walked when I needed to and stayed hydrated!! I'm running through this pregnancy as well and I'm going to do the Berlin Marathon for a second time at the end of the month when I will be 26 weeks pregnant.

"For moms trying to get back into running or just looking to start, the hardest part is just lacing up your sneakers and deciding to go. Don't give yourself a time or a distance goal when starting up, just move and be proud of however much you run that day!

"Through my work I am of an amazing group on Facebook called 'Mama Docs Run This'. (#MDRT) It's a group comprised solely of physician moms so we can all relate to our unique situations with work and family. It's a group of all different running abilities and they have been such a great source of support!

"As many of you mothers will know, a jogging stroller is a vital piece of equipment when getting back into running. Both my children have spent many contented miles out on my runs with nursing and snack breaks along the way. During maternity leave it was so nice to be able to get out of the house and go for a run and not worry about the baby. Remember to start slow, your body is not going to just "bounce back" and neither will your pace. This could mean just going out for walks initially and then increasing to run/walk intervals once you feel more comfortable.

‚"I can't imagine my life without running. That is not to say that there are not days that I just don't want to run, or wouldn't rather sleep in on my day off, but I can usually convince myself to do it because I know how much better I feel afterwards. Having a support system makes things so much easier too, whether it's a partner that can watch the kids or a sitter that allows you to get away for a couple hours, don't be afraid to delegate! Being a mom is HARD, there are so many expectations put on us and that we put on ourselves. Whether you work outside of the home or not there is a never-ending laundry list of things to do but is really important to take some time for yourself - I know it makes me a better mom when I do.‚Äù