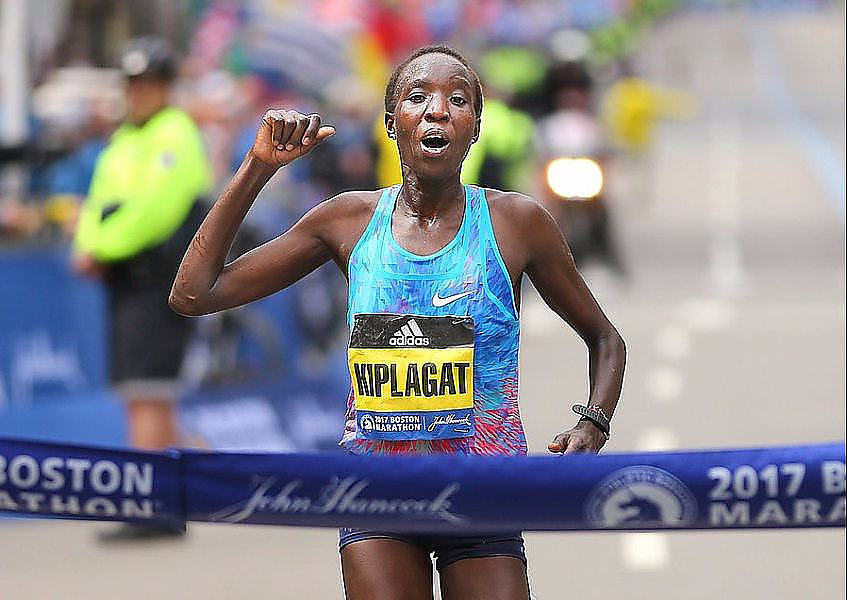 The world's best marathon runners return to the streets of London on Sunday, Aug. 6,for the IAAF World Championship Marathons. The men's and women's races are also the second qualifying event for Abbott World Marathon Majors Series XI, which began in April at the 2017 Virgin Money London Marathon.

Kenya's Daniel Wanjiru, the reigning London Marathon champion, will seek to earn points to build on his position at the top of the AbbottWMM leaderboard when he competes Sunday in a course in the city where he clocked 2:05:48 four months ago.

The 25-year-old Wanjiru set a personal best last year when he won the Amsterdam Marathon in 2:05:21. His teammates are Gideon Kipkemoi Kipketer, who has run a personal best of 2:05:51 this year, and 2017 Boston Marathon champion Geoffrey Kipkorir Kirui, who has a best of 2:06:27.

They will be going up against Olympic 10,000m bronze medallist Tamirat Tola of Ethiopia, who has clocked 2:04:11 this season to win the Dubai Marathon, making him the fastest this year to enter the World Championships. The versatile Tola followed his Dubai triumph with victory at the Prague Half Marathon in a PB of 59:37.

Uganda's 28-year-old Stephen Kiprotich, who followed up his surprise 2012 Olympic win by taking the world title in Moscow in 2013, will seek an unprecedented third global marathon title, having run 2:07:31 this year.

The US will be represented by Abdi Abdirahman, who placed third in New York last year, Bobby Curtis and Augustus Maiyo.

The course starts and finishes at Tower Bridge and comprises four laps of a six-mile stretch that will see competitors heading west along Victoria Embankment towards the Houses of Parliament, then back alongside the River Thames to St Paul's Cathedral before returning via the Tower of London.

In the women's race, two-time AbbottWMM champion Edna Kiplagat, who has won in New York, London and Boston, will be among the favorites. The 37-year-old Kenyan is also a two-time world champion and is aiming for an unprecedented third IAAF title on Sunday..

Ethiopia's defending champion Mare Dibaba, who won gold in Beijing in 2:27:35, is hoping to emulate the performance of Kiplagat, who in 2013 became the first woman to win back-to-back world titles in the marathon.

Dibaba's compatriot Birhane Dibaba (no relation), the winner of the Tokyo Marathon in 2015, is a consistent performer who will be another serious medal challenger. The Ethiopian team also features the rising talent of 21-year-old Shure Demise, who ran 2:22:57 this year at the Dubai Marathon.

Also in the field is Bahrain's 33-year-old Eunice Kirwa, who took bronze in Beijing and has the best time this year of any entrant her 2:21:17 win at the Nagoya Marathon is sixth on this year's world list.

Joining Kiplagat on the Kenyan team is world silver medallist Helah Kiprop and 35-year-old Flomena Cheyech Daniel, who has run a personal best of 2:21:22 this year at the Paris Marathon.

Every race in Series XI--which also covers the 2017 BMW BERLIN and Bank of America Chicago Marathons, and the 2018 Tokyo, Boston and London Marathons--offers the opportunity for runners to earn points. Abbott World Marathon Majors has expanded its prize structure to recognize and reward the top three men's and women's finishers. Previously, only the individual champions received prize money.