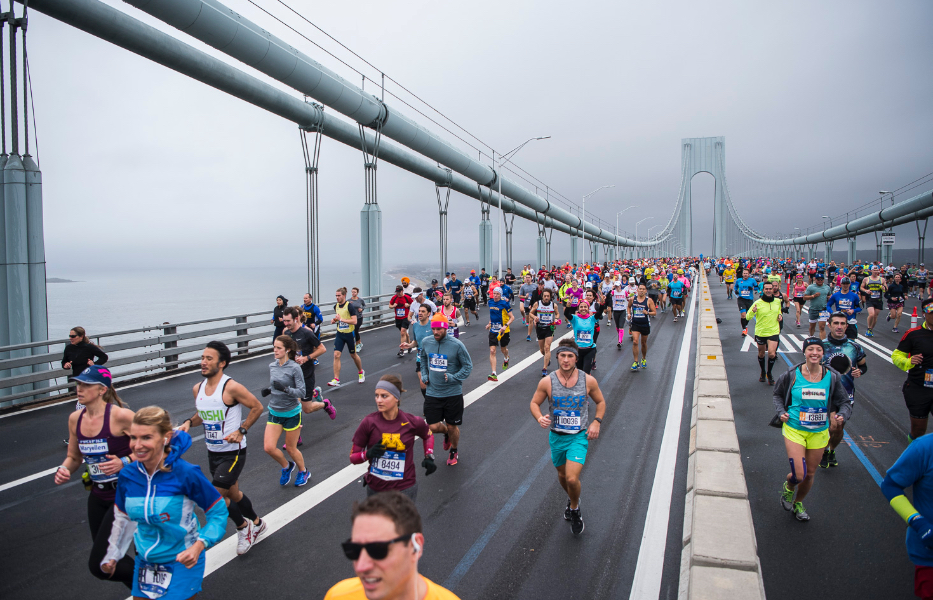 The 2018 TCS New York City Marathon takes place on November 4 in a landmark year for the fabled race.

This year marks the 60th anniversary of the New York Road Runners, the community running organization behind the event, and also sees the farewell of race director Peter Ciaccia, who retires following Sunday‚Äôs race.

Having witnessed the historic sight of Shalane Flanagan becoming the first American woman to win the race in 40 years last November, Ciaccia will be in position for one last time at the finish line to see if she can repeat her feat of 12 months ago.

Fellow American Desiree Linden, who followed Flanagan into US marathon-running folklore when she won in Boston in April, will be battling her compatriot for home turf bragging rights alongside the ever-improving Molly Huddle and Ali Kiefer.

They all face the might of three-time New York champion Mary Keitany, who finished second to Flanagan last year and will be out for revenge in 2018. Keitany‚Äôs efforts to break the women‚Äôs world record in London ended in disappointment in April, but the Kenyan knows the Big Apple course well, and will be motivated to prove that last year was a bad day at the office.

She was beaten in London by compatriot Vivian Cheruyiot, who claimed her first AWMM race win as Series XI came to a close. The 35-year-old displayed tremendous grit in the heat of the UK capital and she and Keitany are the only women in the New York field to have broken the 2:19 barrier. Indeed, there is no one else inside 2:20, and it would be some sight to see these two trade blows in the late miles.

On the men‚Äôs side, Geoffrey Kamworor returns to defend the title he won in a thrilling chase through Central Park last year as he held off the hard-charging Wilson Kipsang to win his first AWMM race. Kamworor has since retained his world half-marathon crown, and is being tipped by many as the man who could follow in the great Eliud Kipchoge‚Äôs footsteps as the dominant force in men‚Äôs marathon running.

Wesley Korir, the 2012 Boston champion tweeted after Kipchoge‚Äôs world record run in Berlin: ‚ÄúI can attest with no doubt that @GKamworor is the next @EliudKipchoge. He is for sure going to take over from the king after he retires. Save this tweet for future reference.‚Äù

Kamworor does not, however, boast the fastest time among the elite men vying for the New York title this weekend. Ethiopia‚Äôs Tamirat Tola boasts a PB of 2:04:06, over two minutes clear of Kamworor‚Äôs current best. Fellow Ethiopians Shura Kitata and Lelisa Desisa also belong to the sub 2:05 club.

The unknown quantity in the men‚Äôs race will be American Bernard Lagat, who steps up from a successful track career to tackle his debut marathon. Mo Farah‚Äôs recent success in Chicago has shown Lagat the transition can be a fruitful one.

The wheelchair Series also resumes in New York, with Manuela Sch√§r chasing three wins from the three Series XII races so far. Sch√§r put on a masterful showing on these streets a year ago, combining her tactical smarts with that famed endurance to pull clear for a comfortable win over Tatyana McFadden.

She has also pocketed an additional eight points for her sprint bonus win in Berlin. Australia‚Äôs Madison de Rozario, second to Sch√§r in Chicago, will look to upset the Swiss star in her first New York outing, with McFadden, Susannah Scaroni and Amanda McGrory providing a formidable triumvirate from the University of Illinois to be reckoned with.

Marcel Hug arrives as the defending New York champion, but in the unfamiliar position of not having won a race so far in this series. The two-time wheelchair series champion came second to Canadian Brent Lakatos in Berlin and was beaten in a pulsating sprint finish in Chicago by the up and coming Daniel Romanchuk.

The youngster will be looking to build on his maiden AWMM victory on a course where the lengthy bridges and punishing gradient on the drag to the finish will provide a different kind of test for his development.

David Weir, third in Chicago, will be keen to improve on that showing before the series breaks until Tokyo in March 2019.

Under Ciaccia‚Äôs watchful eye, the TCS New York City Marathon has put on a magnificent show over the years, combining world class elite action with the incredible achievements and stories belonging to the tens of thousands who stream through the city‚Äôs five boroughs behind the best of the best.

It would be a fitting farewell should Sunday provide another spectacular layer of the history Ciaccia has played such a pivotal role in creating.

How to watch the 2018 TCS New York City Marathon

Nationwide in the United States, live coverage from 9:00 a.m. to 12:30 p.m. ET is available on on ESPN2 and via the ESPN App on smartphones, tablets, and connected streaming devices and ESPN.com on computers (for those who have video subscriptions from affiliated pay-TV providers).¬†

International viewers can watch the broadcast from 7:00 a.m. to 2:00 p.m. ET via a variety of global broadcast partners (check local listings) listed below: