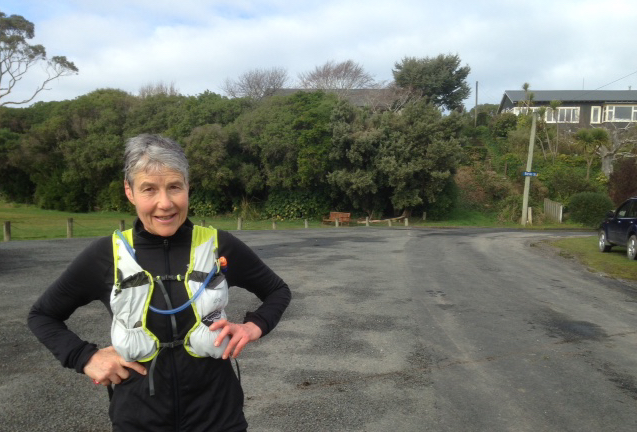 There were over 44,000 finishers of the 2018 Bank of America Chicago Marathon, but perhaps few who had defied odds quite as large as those stacked against Carol Foote.

Carol -- a newly-turned 60-year-old from Dunedin, New Zealand, spends her days working in her local cardiology unit, but her entire life is spent dealing with her own heart problems.

Diagnosed with CPVT (Catecholaminergic Polymorphic Ventricular Tachycardia), after losing her twin sister and sister to the same condition in their 20s, she had an implantable defibrillator inserted aged 50.

Determined to make the most out of life she continually challenges herself in the great outdoors and has more than 30 marathons to her name (with a few ultras thrown in). A list that grewwhen she crossed the finish line in Grant Park in October in a time of 4:08.

A few hours after she finished in the Windy City she said: ‚"The event was very well organized. There was an amazing number of aid stations and I loved all the support. This was the biggest event I've ever been part of.

‚"I do most of my running on the mountains and trails of New Zealand, but me and my two friends have qualified for Boston so maybe I will be adding to my one-star success after all‚Ä¶"

Carol could be described as a walking miracle. The defibrillator has saved her life nine times. Nine adventures in the great outdoors where excitement and adrenaline almost turned into tragedy. Nine chances to keep living that her sisters weren't so fortunate to get. Nine realizations that she is not invincible and to treasure every day that she has.

Europe, South America, Nepal and now Chicago. Carole has explored the highlands and lowlands of many amazing places around the world, taking every challenge in her stride with the support of her good friends along the way.

After losing her sisters (she is one of six siblings) she set herself the goal of visiting four or five new places every year and to visit Everest Base Camp and follow in the footsteps of her fellow Kiwi Sir Edmund Hillary. Two of her friends joined her for the Bank of AmericaChicago Marathon and followed it up with a visit Lake Michigan, onto Niagara Falls then down to New York to end their 60th celebrations.

‚"I ran my first marathon in 1987 (Christchurch, New Zealand), and have been running ever since. The hardest thing about running is putting your shoes on!

‚"I've learnt to value every day and every opportunity handed to you. My running mates have become my best friends and age is no barrier to friendship, therefore I see it as no barrier to my running."