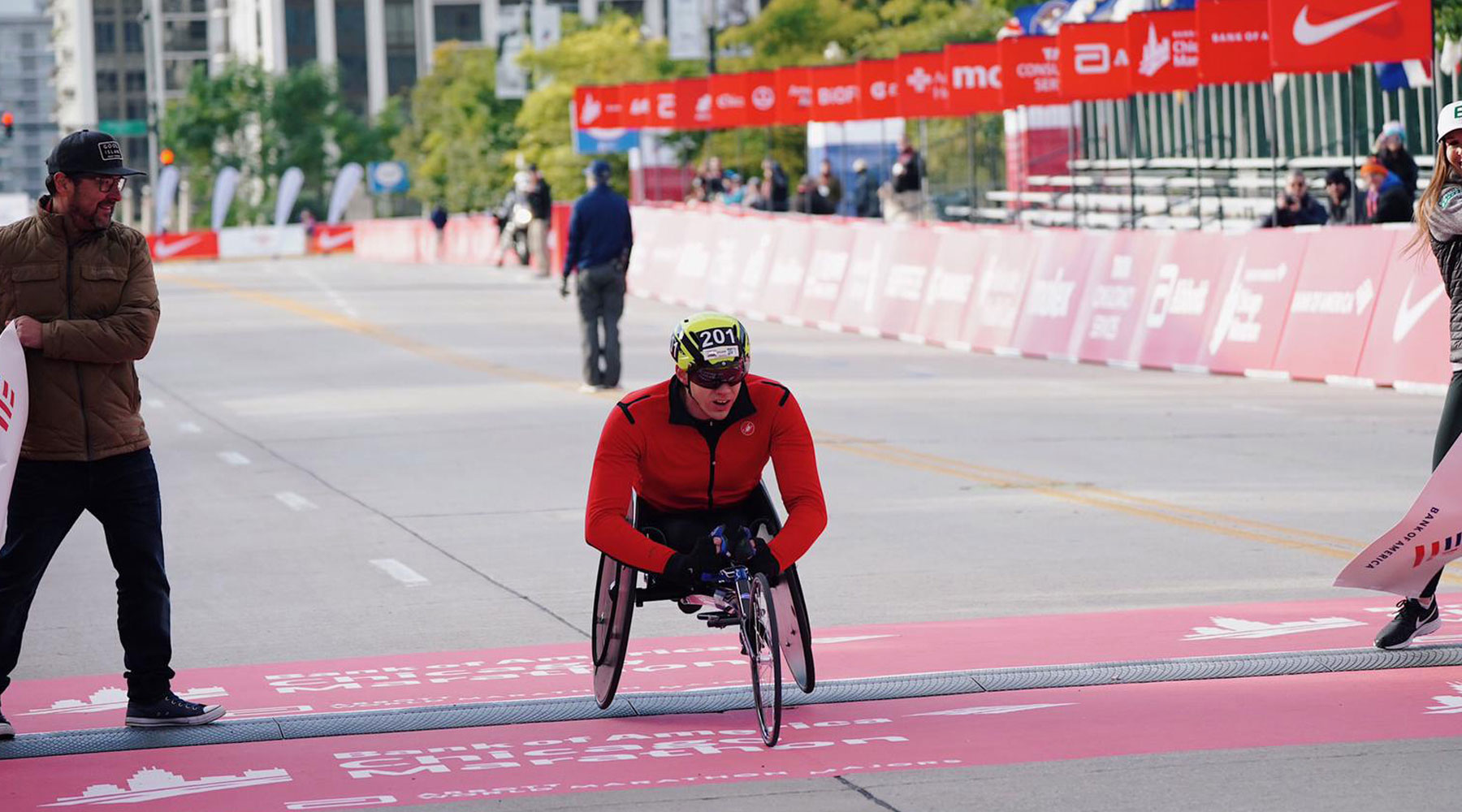 Manuela Schär and Daniel Romanchuk dominated the opening races of Abbott World Marathon Majors Series XIII to begin the defense of their titles.

Both also secured their first bonus points of the series to kick the new series off in emphatic style.

For Romanchuk, Chicago was where his road to glory began 12 months ago when he claimed his first AbbottWMM win. This year he was back as the man to beat, having taken four races on his way to the Series XII silverware.

A first half that saw a huge bunch of athletes glued together was blown open by the 21-year-old soon after the 13.1-mile marker, as he cranked his enormous arms into top gear and sailed away from the pack.

He had time to boil an egg before the contenders for the minor places swung on to Columbus to battle it out for the podium, with David Weir claiming second just ahead of Ernst van Dyk.

For Schär, the margin of victory was even greater. The Swiss enjoyed a gap of four minutes and 14 seconds over Tatyana McFadden, who went wheel to wheel with compatriot Amanda McGrory to edge second place.

Schär played a patient game before choosing her moment to try and leave her rivals in her wake, opting for just after the halfway mark to accelerate up a minor gradient and then relying on her famed downhill speed to do the rest.

From then on, there was little anyone could do to catch the 34-year-old's march to her eighth consecutive AbbottWMM victory.

With their Chicago titles successfully defended, both athletes will now head to the TCS New York City Marathon to try and repeat the trick, whereSchärwill be gunning for a third consecutive win in the Big Apple.