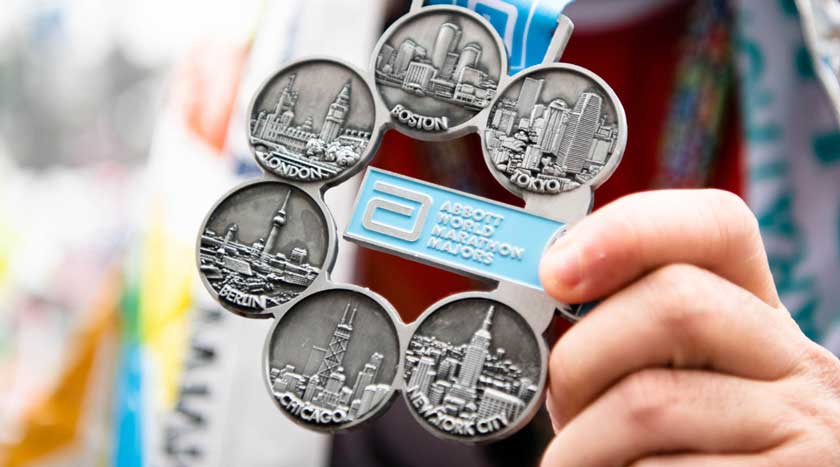 Six Star program stands on the brink of 5,000

The Abbott World Marathon Majors will celebrate a major milestone at the 2019 Boston Marathon when the 5000th Six Star Finisher crosses the finish line on Boylston Street.

Following the addition of 731 new Six Star Finishers at the 2019 Tokyo Marathon, the total rocketed to 4,989 runners who have recorded results at all six AbbottWMM races, setting the stage for Boston to host the passing of the 5,000 mark on April 15.

The Six Star Finisher program began in 2013 with addition of Tokyo to the five founding Majors, with certificates awarded for runners completing each of the six marathons.

It was not until 2016 that the Six Star medal was created, with the first two awarded in Tokyo when Barbara Fleming-Ovens and David Mark completed their Six Star journeys in the Japanese capital that year.

Prior to 2017, the certificate and medal were only awarded to runners who had completed the series since it was formed in 2006. It was then decided that results stretching back to the start of each of the races would count towards a runner’s quest to become a Six Star Finisher.

With the launch of the new Six Star System in July 2018, runners can now chart their Six Star journey by adding each of their AbbottWMM ‘stars’ to their own profile, with a results hub dating back to 2006 for the five founding races and 2013 for Tokyo. The website also allows runners with earlier results to submit forms of proof for those stars to be added to their accounts.

The massive growth in the number of Six Star Finishers at each race – as more and more runners realize this is the Mount Everest of marathon running – means the total is rising at its fastest rate since the initiative began.

AbbottWMM Executive director Tim Hadzima, “At the end of 2014 we had 400 Six Star Finishers, and are now close to 5,000. We are immensely proud of how the program has grown and owe a huge thanks to the partnershipship of Abbott which has enabled us to build the status of becoming a Six Star Finisher into the coveted goal it has become today.

“The emotion we see from each of our runners as they arrive at our medal presentation tent shows just what it means to them to have accomplished this feat.”

The Six Star medal has also proved popular among the elite athletes. Edna Kiplagat and Emmanuel Mutai are the only elite able-bodied competitors to join the club so far, with US women’s record holder Deena Kastor one behind them on five stars, having completed Tokyo this year.


Create your profile at abbottwmm.com and store your AbbottWMM results all in one place.