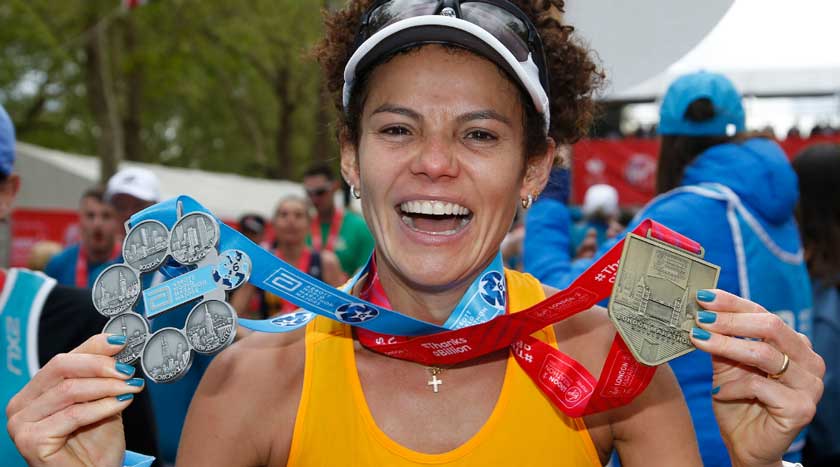 Six things we learned this spring

The spring season of Abbott World Marathon Majors Series XII promised muchand delivered more. From the thousands of Six Star finishers we welcomed into the hallof fame to the amazing performances of our elite athletes;Tokyo, Boston and London served up a feast of inspiring stories. Here are our top six takeaways.

We're running out of words to describe how dominant an athlete Manuela Sch√§r is, so we're resorting to bare facts. She has won all six AbbottWMM races in a row, a series Grand Slam no other athlete has achieved. She has done so with a combined winning margin of 21 minutes and 35 seconds. She scored the maximum points possible for Series XII before she even reached London by winning four races and claiming three bonus point wins. To put the tin lid on it, she was fastest through London's Flying 400 bonus point section, blocking anyone else from winning the points and bagging the $10,000 prize for herself. Unstoppable.