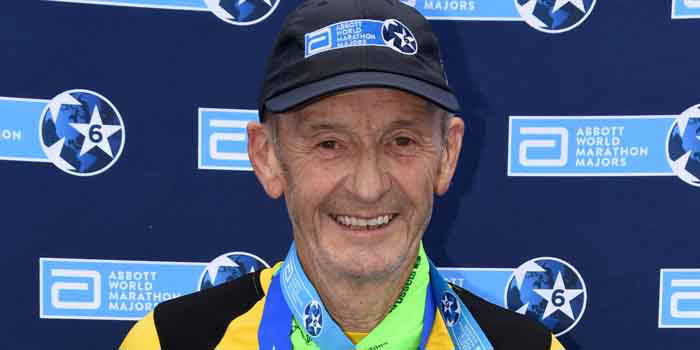 Meet Willy Luyten, a 73-year-old from Belgium who only started covering the 26.2-mile distance at the age of 50, and since then has averaged an incredible one marathon a month! We caught up with Willy at the finish line of his 288th marathon where he became a Six Star finisher at the Bank of America Chicago Marathon.

How happy are you to have achieved your Six Star today?
�"I am very happy! I have been looking forward to this moment for three years to get my Six Star medal."

What got you running?
�"I started running with friends and for my health. First you do a 10km, then a half marathon. My friends suggested a marathon in Honolulu many years ago and it sounded like a good place to travel and a good reason to run for charity. I told my wife I would do it once; but a few months later I did another, then another and before I knew it I had done a marathon many times. Last year I did 21 marathons over the 12 months."

How has the experience here in Chicago been for you today?
�"Chicago was a dream for me. I wanted to be part of the Six Star Finishers. I did London about 15 years ago, last year I did Tokyo and had five of the Abbott World Marathon Majors. I had to get all six, and here I am."

What's next for you, Willy?
�"I go from here to the Niagara marathon, then I run in Toronto and these are my last three marathons, taking my total to 290. I will keep running but have decided to focus on the shorter distances from now on."