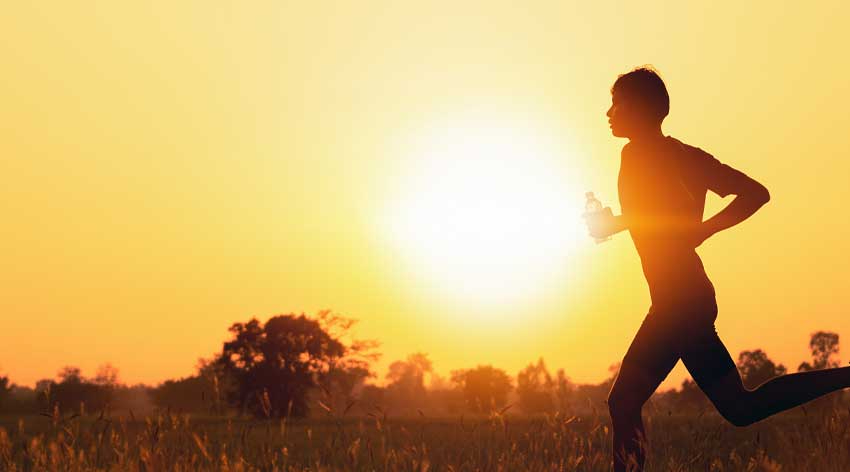 The heat is on

This is the first of a four-part series by Shelley Villalobos for the Abbott World Marathon Majorsexploring the intersection of climate change and running.

Runners, 2020 has already been a tough year, with most of our favorite events cancelled, but we've got to face another harsh reality. The difficult effects of climate change are becoming more pronounced, forcing us and our favorite events to adapt. As temperatures continue to rise, what will the ramifications be for training regimens, race events, and performance?

Very hot summers have become commonplace in recent decades. Record-breaking summer temperatures and heat waves are part of a broader trend of increasing global average temperatures and the destabilization of the climate system.

2020 is set to close out the hottest five-year period in recorded history, with the average global temperature for that period 1.1 degrees Celsius above pre-industrial temperatures, according to arecent report. Global warming is also increasing the frequency of extreme hurricanes, flooding events, drought and wildfires, depending on the place.

Even as I write this from my home in Northern California, I look out of the window at an eerily dark, hazy orange sky, the ground littered with ash from nearby wildfires, and temperatures set to exceed 100 degrees Fahrenheit for the third time this week. I have not been able to safely run outdoors for four days now.

In the coming years, the warming trend will likely mean more event date adjustments and occasional cancellations, such as when flooding from Hurricane Sandy and outcry from locals prompted the cancellation of the New York City Marathon in 2012, or when smoke from wildfires made the air quality so poor that Virgin Sport had to scrap its USA debut ‘fitness festival' in San Francisco in 2017. In the longer term, (decades) it may render certain locations unsuitable for mass participation running events altogether.

What's your ideal temperature for a typical training run? How about for the day of a big race? In the summer, are your training hours limited by the heat? Analysis of the finishing times of 1.8 million marathoners over a 10-year period by the French National Institute of Sport, Expertise, and Performance (INSEP) suggests that the ideal temperature for marathons may be colder than we generally assume.

Air temperature and performance are significantly correlated, the study found, and a race-day temperature of 43.2¬∞F (6.2¬∞ C) produced the quickest times overall. The optimal temperatures for maximum mean speed of all runners varies depending on the performance level. When temperature increases above these optima, running speed decreases and withdrawal rates increase.

The table below showing mean race day temperatures for the six AbbottWMM events (data from findmymarathon.com) indicates that the Tokyo and New York City marathons are closest to the optimal performance temperature the INSEP study suggests (43.2¬∞F/6.2¬∞ C), with others sometimes well above it.

More broadly, in spite of a global energy transition being well underway, climate ambition and action must ramp up much further in order to prevent the most dangerous levels of warming.

Next time, I'll write about whether there is a role for the worldwide running community to play in bringing about a climate-safe future. What are some ways individual runners and running groups are engaging meaningfully with different aspects of this issue? If you have ideas or thoughts to share, please send them to me at Shelley@councilforresponsiblesport.org. I'd love to hear from you.

Shelley Villalobos is the managing director of the Council for Responsible Sport, an organization that supports and certifies social and environmental responsibility in the sports events sector. She started running while training for her first marathon, which would have been the 2020 Bank of America Chicago Marathon.