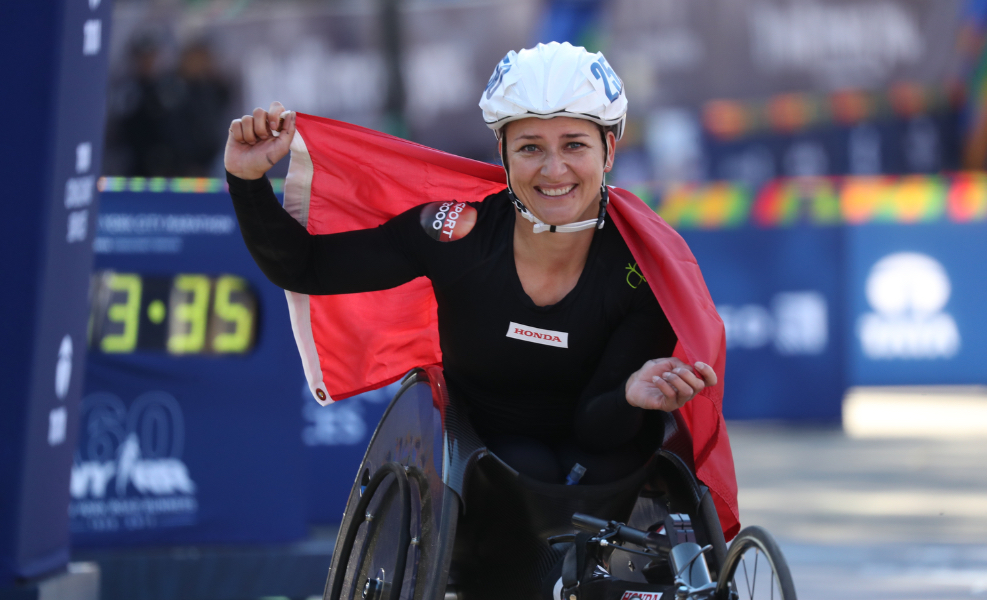 Battle will recommence in the AbbottWMM wheelchair series XII when the Tokyo Marathon begins on March 3.

All of the big hitters are scheduled to take on all three spring races, which offers up the chance for major movement in the leaderboards.

This series is the first to incorporate eight bonus points per race for a sprint contest during each marathon, which has added an extra tactical twist to proceedings for the world's best wheelchair racers.

On the women's side, the first stanza of Series XII was all about the reigning champion. Manuela Sch√§r swept all three fallrace victories, ripping up the record books in the process when she blazed her way to a new world record in at the BMW BERLIN-MARATHON.

She followed that with a dominant performance in Chicago and then came out on top in a battle for the ages with fierce rival Tatyana McFadden, breaking away from the American in Central Park to take a second consecutive TCS New York City Marathon crown.

Her 58-point lead with four races to go already looks like a mountainous task for her competitors to overhaul, but it may well be trimmed in the spring if we see a similar pattern to 2018.

Having won comfortably in Tokyo to effectively seal Series XI, the Swiss was forced to withdraw in the freezing conditions of Boston as McFadden went on to take victor,and failed to make the podium in London, where Australia's Madison de Rozario claimed her maiden Majors win.

The men's race for the title has a different complexion to previous years thanks to the emergence of the USA's Daniel Romanchuk.

The 20-year-old has propelled himself into the limelight with victories in Chicago and New York, both coming after cat-and-mouse tussles with the vastly more experienced Marcel Hug and David Weir.

Tokyo will pit the University of Illinois athlete up against the only other man to have won a race in this series, Canada's Brent Lakatos.

The former wheelchair basketballer opened his Series XII account with victory in Berlin, but was absent in Chicago and New York, so it remains to be seen if he has what it takes to get the better of the youngster now that Romanchuk has those victories to his name.

Romanchuk, Weir and Dutch female racer Margriet Van Den Broek are also set to become Six Star Finishers in Tokyo, joining the growing number of wheelchair racers to have competed in all six Abbott World Marathon Majors races and helping the overall total of Six Star Finishers edge ever closer to the 5,000 mark.

For a look at the big names featuring in the able-bodied Series XII races this spring, click here.