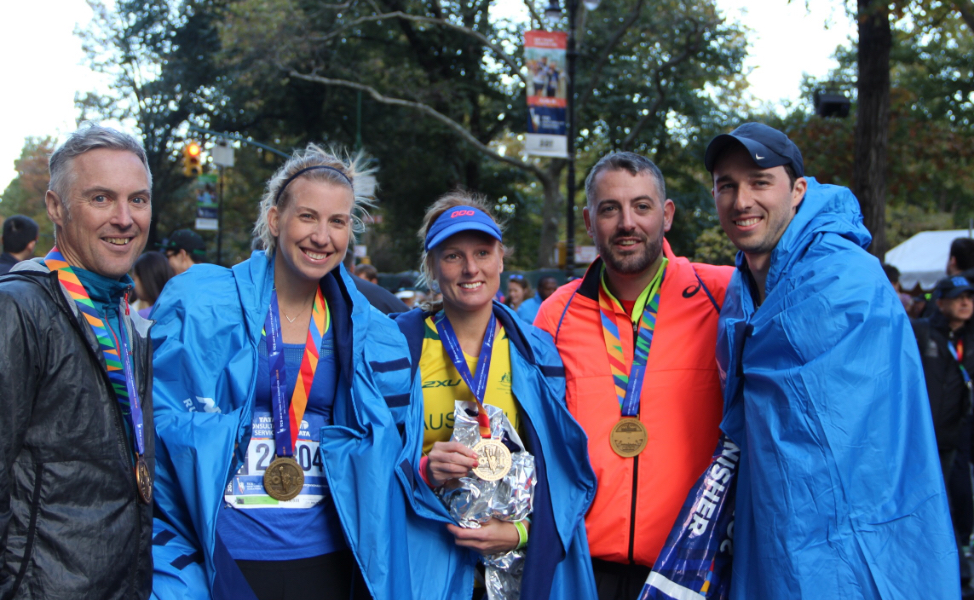 When work ignites your passion for running

The 31 year-old from Cornwall, England, landed an internship with them straight out of university in Bonn, Germany and has lived there for 11 years.

She began with very little knowledge about the Paralympic movement but quickly became hooked and it was the athlete's inspiring stories and successes' that led Laura on her own adventure -- her Six Star journey.

‚"I travel a lot for work and have had the privilege of seeing many amazing performances, and also those that don't quite go to plan but they never give up," explains Laura.

"These athletes inspire me every day with their ‘I'm possible' attitude. I wanted my own challenge, to try something I had no idea if I was capable of achieving it.

‚"I played field hockey all the way through school and was always a team sports girl. Joining a hockey team in a country where you couldn't speak the language was not easy so I started running a little to stay fit, and then came the idea of the marathon.

"I ran a half marathon a few years before and the only thing I could remember was crossing the finish line and thinking to myself ‘I could never run a marathon!'. This was a challenge that was definitely going to push my limits.

Securing a place in the London Marathon in 2014 is where Laura's Six Star story began.‚"I followed a training plan rigorously and it completely changed my lifestyle," she says. ‚"Gone were the late Saturday nights out, and here were the incredible feelings of achievement following a Sunday long run.

‚"London was everything I'd hoped for, and more. I persuaded my brother to sign up with me so there was some sibling rivalry to add to the fun! The crowds were incredible and it was like nothing I'd experienced before.

‚"I hit the wall around mile 20, but as I crossed the finish line I broke down in floods of tears, happy tears! I was buzzing for days after, full of excitement, and that's when I decided I wanted to take on all of the Abbott World Marathon Majors.

A year later it was time to tackle Berlin. ‚"I found this one more of a mental challenge but I gave myself a pep talk at the half way point and I really surprised myself how easily you can turn things around if you have the mental strength to do it.

‚"Running New York with friends in 2016 made the experience so much more enjoyable for Laura, who found advantages to running with a group.

‚"Always having someone to train with in good or bad weather made a big difference. Despite getting sick in the final days before the marathon, I was able to run a huge PB and qualify for Boston.

‚"Another year, another major‚Ä¶Boston marked my fourth major on 2017 and last year I ran Chicago. I loved this race. The entire course was lined with spectators and the miles just seemed to fly by! My brother's fianc√© also ran so it was fantastic to once again share the experience with someone.

‚"So now that just leaves Tokyo for me to become a Six Star Finisher. My family will be there again, not missing one along the way, and I'm so grateful for their support.

‚"The thing about a marathon is that it's not just about the race itself. It's about all those months of hard work you put in and the life choices you take during that time. It's about getting out there and completing those tempo runs in the rain, and the early morning long runs in the snow. No excuses.

‚"During the race even though you're running with thousands of other runners, you're only really racing yourself. Your family and friends will congratulate you no matter what time you do it in, but only you know the effort you put in to those months of training and you're only going to be happy with the result if you know you have given it your all.

‚"I've learnt so much about myself along the way and I am so grateful to the Para athletes who inspired me to take on this challenge in the first place. They taught me to have a ‘no excuses' attitude, and with that attitude you can achieve anything."