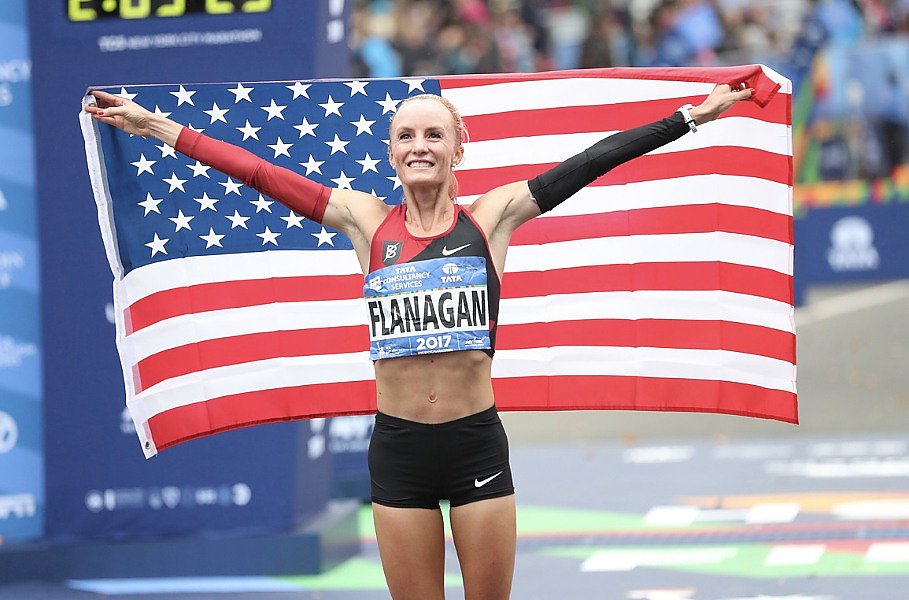 BOSTON, MA, January 11, 2018� In its 33rd year as principal sponsor of the Boston Marathon, John Hancock today announced the elite field for the 122nd Boston Marathon on April 16. A complete field list follows.

Six Boston Marathon champions and 17 top U.S. runners will challenge an exceptional men's and women's international field that includes 23 Olympians.Altogether, the John Hancock Elite Athlete team has won 14 Olympic and IAAF World Championships Marathon medals, as well as more than 100 global marathons including 17 Abbott World Marathon Majors. The field's success in strategic and tactical championship style racing will prove critical as they run the world's most historic marathon course from Hopkinton to Boston.

�"We look forward to our 2018 John Hancock Elite Athlete Team joining us on Patriots' Day to seek the coveted Boston Marathon title," said John Hancock Chief Marketing Officer Barbara Goose. �"Over the past 33 years of our sponsorship, we have hosted more 800 of the world's best runners from 48 countries, and this year's team ranks with the best of them. Together with tens of thousands of fans, we'll be cheering for these accomplished athletes and all participants every step of the way as we all move #TogetherForward."

�"The John Hancock Elite Athlete Team, yet again, is a stunning collection of talent from around the globe," said Tom Grilk, Chief Executive Officer of the Boston Athletic Association. �"This international field, combined with the previously announced Americans and defending champions, will make for a very memorable race day with historic potential. Fewer than 100 days remain until Patriots' Day, and we eagerly await crowning our next champions on April 16."

Chasing the champions is 2017 World Championships Marathon silver medalist Tamirat Tola. Last year Tola won the Dubai Marathon and at the 2016 Olympic Games earned a bronze medal for Ethiopia in the 10,000m.

American Galen Rupp, second in Boston last year, also returns after winning the 2017 Bank of America Chicago Marathon. Rupp owns two Olympic medals: a 2012 silver in the 10,000m and a 2016 bronze in the marathon. Fellow American Shadrack Biwott and Kenyan Wilson Chebet are additional top finishers returning to seek the title. Biwott finished as the second American and fourth overall last year. Chebet was fifth and has finished as high as runner-up in Boston. Chebet is a champion of Rotterdam, Honolulu, and a three-time winner of the Amsterdam Marathon.

Among those making their Boston debuts are several Kenyan men who ran their personal best times in 2017. Nobert Kigen finished fourth in Seoul and runner-up in Amsterdam. Evans Chebet was fourth in Tokyo and second in Valencia. Felix Kandie was second in Seoul and fourth in Berlin. Philemon Rono won the Toronto Marathon and set the Canadian all-comers record in 2:06:52. Returning to Boston after winning the B.A.A. Distance Medley in 2013 and 2014 is Stephen Sambu, the fifth-place finisher at last year's Chicago Marathon.

Also joining the international field is Dutch Olympian Abdi Nageeye, who set a national marathon record this past year, and Canadian Olympians Reid Coolsaet and Eric Gillis. Coolsaet is the second fastest Canadian marathoner of all time and Gillis most recently placed tenth at the 2016 Rio Olympic Games Marathon.

German national marathon record holder Arne Gabius is in the field, as is South African Olympian Lusapho April and Japanese elites Yuki Kawauchi and Kentaro Nakamoto. Kawauchi has won over 30 marathons and finished ninth in the 2017 World Championships Marathon, while Nakamoto was sixth and the first Japanese finisher at the 2012 Olympic Games Marathon.

On the women's elite team, John Hancock has assembled an accomplished field of 20 women, ten of whom have personal best times under 2:23:00.

Leading the way is two-time World Championships Marathon gold medalist Edna Kiplagat of Kenya, who returns to defend her 2017 Boston Marathon title. Kiplagat is a three-time Abbott World Marathon Majors Series winner and a champion of marathons in Boston, London, New York City and Los Angeles. Last year after Boston, she won the silver medal at the World Championships Marathon and then finished fourth in New York.

Challenging Kiplagat is Bahrain's Eunice Kirwa, the 2016 Olympic Marathon silver medalist, and Ethiopia's Aselefech Mergia, a London champion and three-time winner of Dubai. The trio will be joined by 2014 Boston Marathon champion and course record holder Buzunesh Deba, of Ethiopia, and countrywoman Mamitu Daska, a two-time winner of Frankfurt who has also claimed victories in Dubai and Houston.

Caroline Rotich, who won the 2015 Boston Marathon and is a champion of Prague and Las Vegas Marathons, returns and is joined by countrywoman Gladys Chesir who makes her Boston debut after finishing runner-up in Amsterdam last year. With a half marathon personal best of 66:57, Chesir will be in the chase for the title.

National marathon record holders Kellys Arias of Colombia and Madai Perez of Mexico will be in the mix, as will Krista Duchene, the second fastest Canadian marathoner in history. Jessica Augusto of Portugal and Jessica Draskau Petersson of Denmark both Olympians will make their Boston Marathon debuts.

The previously announced U.S. team includes four of the five fastest U.S. marathon women of all time: Deena Kastor, Jordan Hasay, Shalane Flanagan and Desiree Linden. Kastor, the national record holder, is a London and Chicago champion and earned the bronze medal at the 2004 Olympic Marathon. Hasay finished third in both Boston and Chicago last year. Flanagan recently won the TCS New York City Marathon and owns an Olympic silver medal in the 10,000m. Linden has finished in the top five in seven Abbott World Marathon Majors and missed winning Boston by just two seconds in 2011.