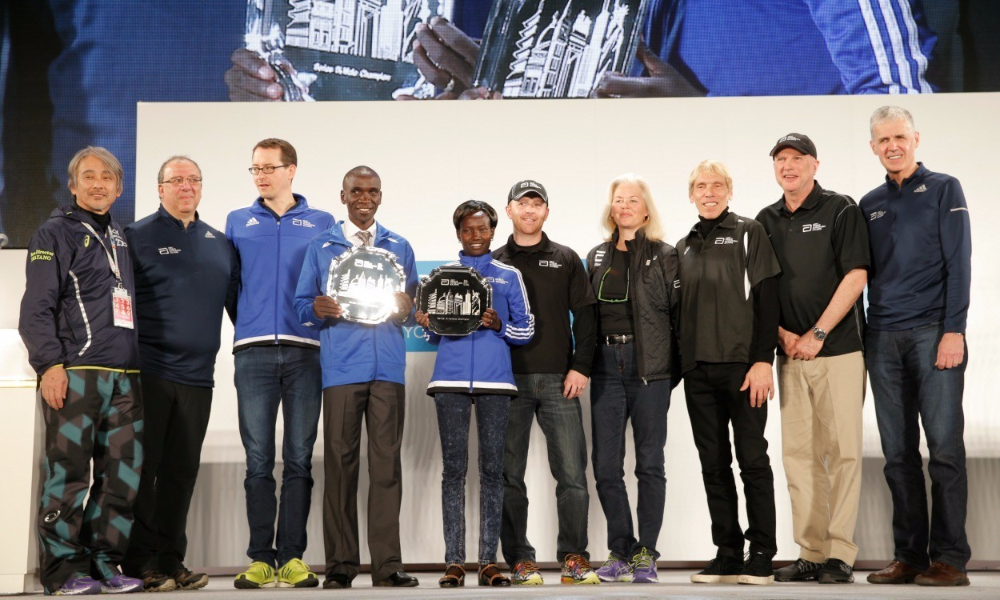 Chicago, IL ‚Äì March 22, 2017 -- Abbott World Marathon Majors will expand its prize structure and introduce a new charity program.¬† This will go into effect at AbbottWMM Series XI, which begins at the Virgin Money London Marathon on Sunday, April 23, 2017.

The prize money has been restructured to recognize and reward the top three men‚Äôs and women‚Äôs finishers in both the open and wheelchair Series. Previously, only the individual champions received prize money.

In addition, through the new charity program, a total donation of $280,000 will be made in the name of the race winners of the seven races that make up Series XI, which include the 2017 Virgin Money London, BMW BERLIN, Bank of America Chicago and TCS New York City Marathons, and the 2018 Tokyo, Boston, and Virgin Money London Marathons.¬†

Each race winner in the open and wheelchair categories will be honored with an AbbottWMM $10,000 donation, in their name,¬†to a charity of his or her choosing.

‚ÄúThe Race Directors of the Abbott World Marathon Majors want to acknowledge the top three athletes, rather than just the winners, and also to reflect the reason to run for so many of the hundreds of thousands who participate in our races,‚Äù said Tim Hadzima, AbbottWMM general manager.¬† ‚ÄúMany of the runners who cross our iconic finish lines every year fundraise an incredible amount of money for charity.‚Äù

The current AbbottWMM cycle, Series X, concludes after the Boston Marathon on Monday, April 17, 2017.¬† The leaderboard positions of athletes contending for the titles can be viewed at worldmarathonmajors.com.¬†

Runners in the six AbbottWMM races raise approximately $150 million for charity every year through individual fundraising. In Series XI, AbbottWMM is adding a charity program, donating a total of $280,000 to different charities during the year.¬†¬†

Beginning at the 2017 Virgin Money London Marathon, the men‚Äôs and women‚Äôs open and wheelchair champions will work with race organizers to choose a charity to receive $10,000 in their name, on behalf of the Abbott World Marathon Majors. ¬†This will be replicated at each of the Series XI races in Berlin, Chicago, New York City, Tokyo, Boston and London 2018 marathons to result in a total donation of $280,000 from AbbottWMM.

Each race organizer will decide the process for the selection of the charities for their race and full details will be announced by each during the build-up to the race.

The three athletes in the open and wheelchair divisions with the highest amount of points will be awarded prize money. The scoring remains the same as in past Series, with athletes earning points by placing among the top five in Qualifying Races:

The top three women and men in the open and wheelchair divisions will be awarded prize money as follows:

About the Abbott World Marathon Majors

The organizers of these events are united in their effort to advance the sport, and via its series Championship, raise awareness of professional athletes and increase the level of interest in elite racing among running enthusiasts.