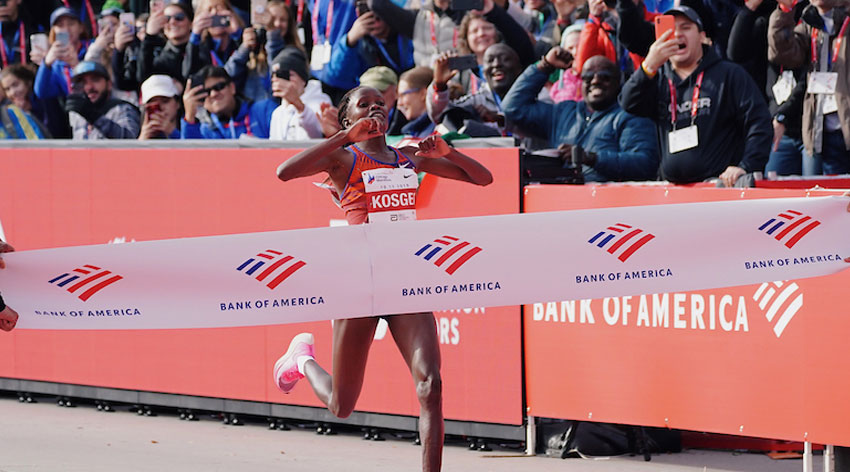 Even before she broke the world record in Chicago last October, we all suspected Brigid Kosgei would be back in London in 2020.

The Kenyan superstar had already claimed her first Virgin Money London Marathon victory in April 2019, but few could have expected that when she returned as defending champion 12 months later, she would be blowing into town having taken a sledgehammer to the mark held for so long by the darling of the London streets.

Kosgei‚Äôs time of 2:14:04 stripped more than a minute off Paula Radcliffe‚Äôs previous world record, dragging women‚Äôs marathon running into a new realm as the decade came to a close.

It is going to take a talented athlete to topple the woman from Kapsait, and it would seem our friends in London have done their best to try and provide her with the stiffest challenge possible.

Lining up for a shot at Kosgei‚Äôs crown are no fewer than five Majors winners from recent series, including the other two 2019 autumn champions; Ashete Bekere who won Berlin in 2:20:14 and Joyciline Jepkosgei who announced herself on the Majors scene with a scintillating debut win in New York City (2:22:38).

Vivian Cheruiyot, who defied the searing heat in London in 2018 to win and came second to Kosgei last year, is another stellar name on the roster which also features Valencia Marathon champion Roza Dereje. Dereje edged Cherono to the final podium spot by just one second in 2019.

In total, there are five sub-2:19:00 women in the field, and you would expect Jepkosgei to be¬†capable of joining that club on a course featuring less undulations than the Big Apple‚Äôs famed gradients.

It seems to be said each year about¬†London, but this really does look like one of the strongest women‚Äôs fields ever assembled.

Get your popcorn ready.