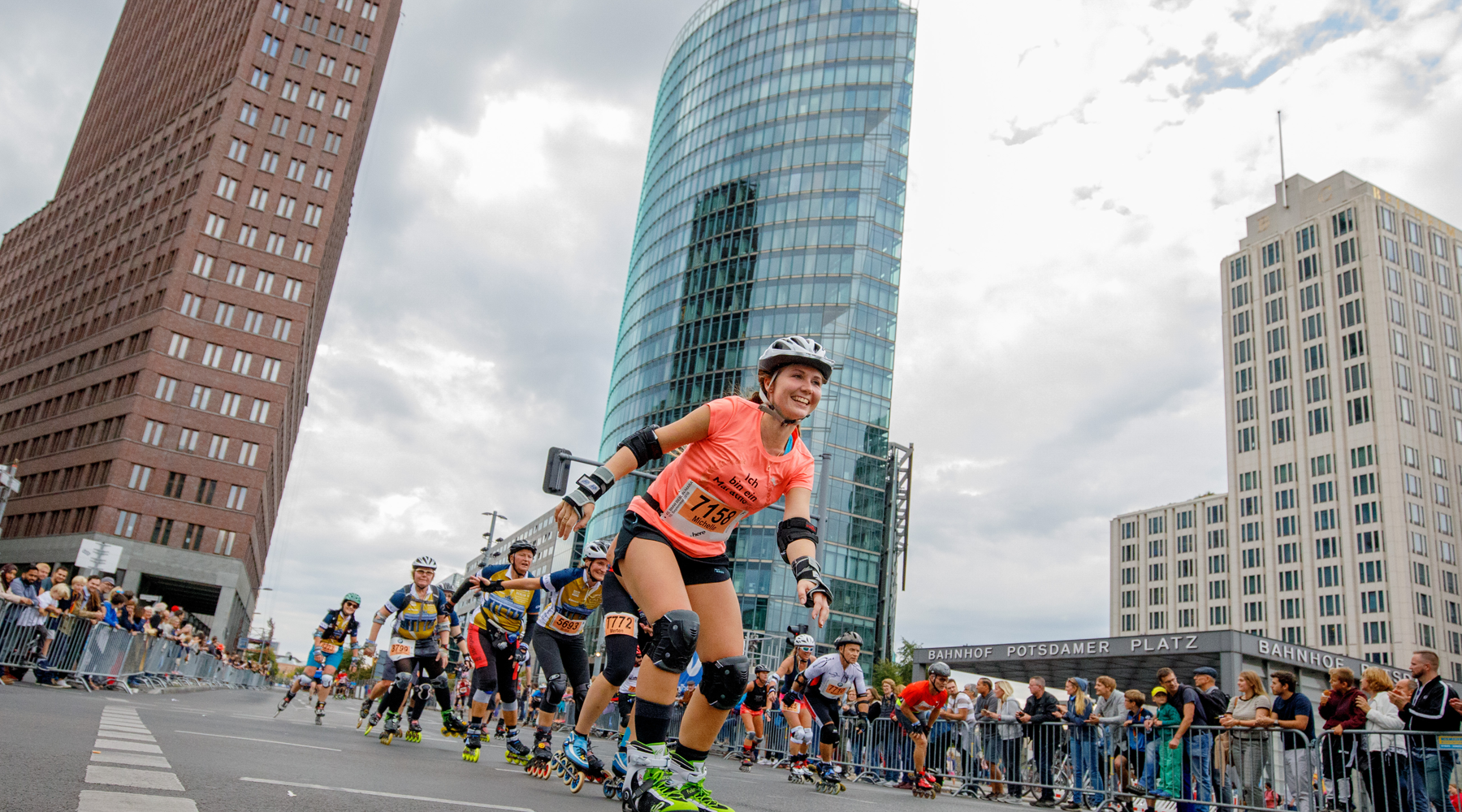 Berlin is calling!With only four weeks to go, it's time to get to know Berlin and the best places to do you your shake out runs.

Where to run during your stay in Berlin

Berlin offers you a lot of space and places to run, discover the historical, the modern, the urban & rural runners' hot spots of this multi-faceted city. Enjoy a lovely sightseeing run along the river Spree (East) and through historical Berlin before race day.

Highlights: German Chancellery, House of the World's Cultures (nicknamed "The Pregnant Oyster"), Bellevue Palace, The Reichstag – German Parliament, Berliner Dom, Museum Island.The 10km lap through the Government district and the City East offers a fantastic program for all runners with a specialinterest in sightseeing. Thisramble throughBerlin's history startsat the Federal Chancellery and leads a long way back into the past at the Museum Island and the Berlin Cathedral (Berlin Dome). The scenery is quite lively in the summer. Walkers, business people and runners share the embankment with the highest density of boat jetties in Berlin. After your run you can have a cool drink in the beer garden of the "Pregnant Oyster" watching the boats and ducks pass by!

Tip: Check out all the routes offered on the official website and pick the one that suitsyou.

For all spectators and Berlin visitors, there are amazing cheering tips and spectator routes for you. Find out where to watch the race, how to navigate along the course and how to cheer your loved ones racing at several spots on the course. It can be a hard choice between the Neighbourhood Drifter Tour, City West Tour, Posh People & Fast Athletes, Long nights in Kreuzberg, Short & Painless or the route For Cycling Enthusiasts – it's up to you.
Tip: There are so many places, spots and options; choose the perfect fit for yourself.

Did you know that Inline Skaters from across the world will participate in 2019 BMW BERLIN-MARATHON, too? On Saturday 28, at 3:30 pm, more than 5,000 skaters will tackle the marathon on wheels."Berlin is by far the best and largest inline marathon in the world. It's the marathon everyone wants to win," says Ewen Fernandez. He knows the feeling of finishing at the top of the podium. He won in 2011 and 2012 and wants to attack again this year.

The BMW BERLIN-MARATHON is the absolute highlight of the Inline season, not only for the pros. When "Hells Bells" by AC/DC rings out at the start,the 5,000 skaters from more than 60 countries start their 26.2-milejourney through Germany's capital.

In the elite race, all eyes will once again be on the Belgian Bart Swings. He won this race six times in a row. But never has been the field of challengers as strong as it is this year. The reigning world marathon champion Nolan Beddiaf from France, his compatriot Ewen Fernandez and Patxi Peula from Spain are all contenders for the title in Berlin. This also applies to Felix Rijhnen, who can become the first German in the 23-year history of the marathon to win the race.

Another German who can finish on the podium isKatharina Rumpus. Shewon the women's race last year and will be pumped upto succeed again. Her opponents will be Sabine Berg, who won in 2011 and 2012, as well as the Belgian Sandrine Tas, who landed a surprise coup four years ago and has been a frequent podium finisher ever since.

Tip: Make sure to be in the finish area on time. The professional skaters will battle for the win until the finish line. Their speed is breath-taking and will give you a little extra motivation for the next day.The professional race will be broadcastlive on Saturday, September 28, 2019 at 15:25 CET on the BMW BERLIN-MARATHON Inline Skating website. (tbc)

Women Power in Berlin
A top-class duel is in prospect in the BMW BERLIN-MARATHON on September 29 when Gladys Cherono, both title and course record holder, will face her fellow Kenyan Vivian Cheruiyot. The duo areamong an elite group of world-class women who have improved their personal bests to sub-2:19 in the past year in winning high-quality races in the Abbott World Marathon Majorsseries. But they will both have to beware of thedangerous Ethiopian, Mare Dibaba, who has twice run under 2:20 and took the bronze medal in the 2016 Olympic Marathon in Rio.

World Class Ethiopian Mens' Quartet
Four world-class Ethiopian runners have set their sights on breaking the recent Kenyan dominance win the men's race:Guye Adola, who finished second in an unofficial world record debut two years ago in Berlin, as well as Leul Gebrselassie, Sisay Lemma and Birhanu Legese all possess the potential to win the BMW BERLIN-MARATHON. Gebrselassie, Lemma and Legese have each triumphed over the marathon distance in the past ten months, running top-class times, and all have personal bests in the region of 2:04.

Wheelchair Elite
The women and men competing in the BMW BERLIN-MARATHON wheelchair race are the best in the world. Switzerland's Heinz Frei is considered the grandfather ofthe wheelchair racing scene. Hehas won the BERLIN-MARATHON 20 times andhe will be there again in 2019. Last year, his compatriot Marcel Huglost outto Canadian Brent Lakatos (1:29:41 hours) in the final sprint. He will be looking to switch that up in the capital this year, the perfect stage for a rematch.

What Heinz Frei is toBerlin, David Weir is tothe Virgin Money London Marathon. The Brit won eight times on The Mall ands, after winning in Berlin in 2015 and finishing in 12th place in 2018, the 40-year-old will return to face stiff opposition. Kota Hokinoue of Japan (Berlin champion in 2014) and the gold medallist from the 2016 Paralympics in Rio, Ernst van Dyk (South Africa), round off the top spots.

Manuela Schär will again participate in the women's race. The most successful female Swiss wheelchair athlete of all time has already won four times in Berlin (last year in a world record time of 1:36:53 hours) and has swept every AbbottWMMSeries XIIraceso far. Sandra Graf will be bringing plenty of experience to the course following herthird place in the Germancapital in 2018. Australian Madison de Rozario (two-time gold medal winner at the IPC World Athletics Championships) and 2011 New York Marathon champion Amanda McGrory (USA) complete the pool of favourites.