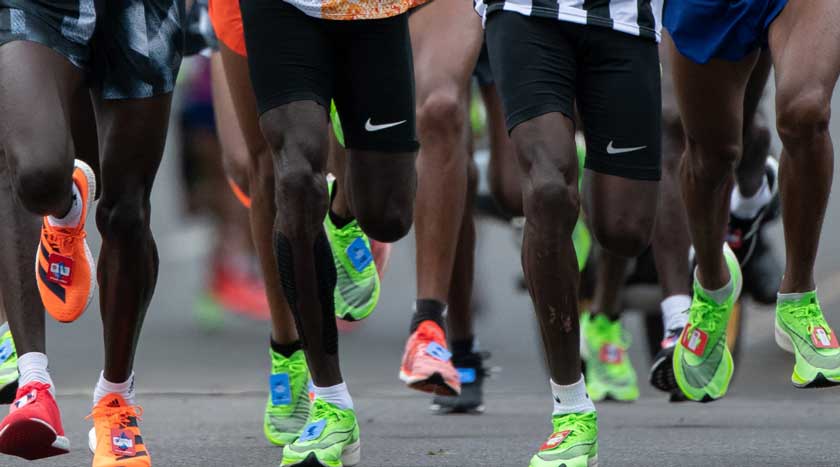 Marathon running is the most rapidly developing mass participation sports event in China. According to official statistics from AbbottWMM, 6,155 runners from mainland China, Hong Kong, Macao and Taiwan participated in the Abbott World Marathon Majors in 2018.

One key element of the Abbott World Marathon Majors, alongside the elite series, is the Six Star program where everyday runners aim to complete all six majors in their lifetime in order to receive a special Six Star Finisher medal.

So far more than 6,000 runners globally have achieved this and four local runners who have completed the challenge and received their Six Star medals - Mao Daqing, Liang Feng, Li Xiaobai and Li Zhanzhe also attended the press conference to express their support to the Chengdu Marathon to be nominated as the candidate race.

The inaugural Chengdu Marathon took place in 2017, co-hosted by the Chinese Athletic Association and the Chengdu Municipal People’s Government and the 2019 edition will take place on October 27, 2019. Since its establishment, the marathon has been striving to become the most influential and popular marathon in China.

After Wanda Sports became the organizer and promoter in 2018, with its unique course setting, perfect logistics support and great participation experience, the comprehensive level of the competition has been significantly improved and won unanimous praise from runners and media.

Over the past two years, the Chengdu Marathon has attracted 48,000 runners from over 54 countries and regions, becoming an emerging power in the marathon race series in China.

Chengdu is located in the center of the Sichuan Province, southwestern China. It is the capital of Sichuan Province and is home to 16 million people. It's also the scientific and technological center, trade center, financial center, transportation and communication hub of Southwestern China. Chengdu is a famous historical and cultural city that attracted 15 million tourists globally last year. Chengdu Research Base of Giant Panda Breeding is also very popular among international tourists which is less than 10 kilometers drive from downtown.

The conservation project has been very successful since 1980s with the number of giant pandas growing from just six to more than 100. Chengdu will be hosting the World Games in 2025, as part of the cities acceleration in pace to develop a sports-tourism friendly environment.

The launch ceremony of the 2019 Chengdu Marathon was also held during the press conference today. Race registration will open in June. The scale of the race will further expand, and the overall number of participants will increase to 30,000. In order to fit the international image of the competition, the event name will be changed from "Chengdu International Marathon" to "Chengdu Marathon". In addition, the prize money, athlete service level, the internationalization level of organization and the course design will be upgraded comprehensively.

The course map of the race is being further optimized on the basis of last year, to reduce the short distance turn-backs in the second half of the race to improve the performance of the athletes. The course will link the present with the past, as the runners will get to fully immerse themselves in the elegant historical city and the splendid late autumn scenery.

The race will start from the Jinsha Site Museum, pass through the Qintai Road, Wangjiang Pavilion and other historical and cultural attractions. The second half of the course will mostly cover the "Golden passage"- Tianfu Avenue, which has forged Chengdu into a highly international city.