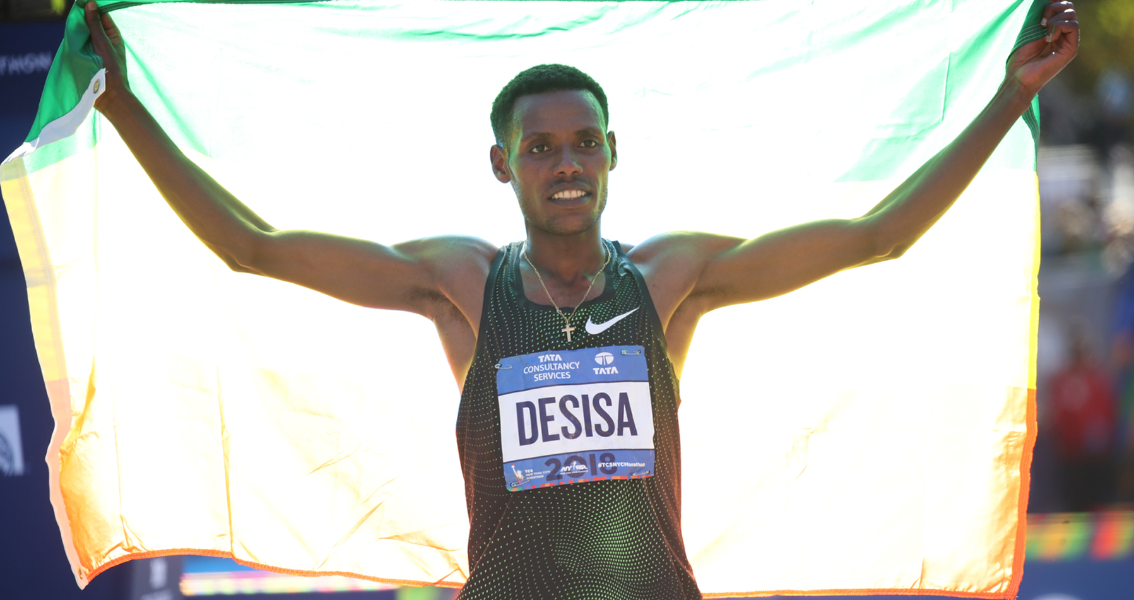 The 123rd Boston Marathon serves as the fifth instalment of Abbott World Marathon Majors Series XII, and there is plenty to fight for.

In the men's series, Ethiopia's Lelisa Desisa is hunting his second win of the series on a course he has conquered twice before. In 2013, the 29-year-old's win was assigned to a footnote in the race's storied history given the events that transpired later that day when tragedy struck at the finish line.

Desisa handed back his medal to the city that year in a show of support, and claimed one to keep for himself two years later when he took the tape on Boylston Street in 2015.

He is already in a share of the lead in this series having come out on top in a titanic struggle at the 2018 TCS New York City Marathon. Desisa played a patient waiting game in the Big Apple as his rivals fired their shots, before taking advantage in the dying embers of the race to hold off fellow Ethiopian Shure Kitata, earning 25 points to draw level with Eluid Kipchoge and Mo Farah on the leaderboard.

Desisa faces the challenge of Kenya's Geoffrey Kirui, who surrendered his crown in Boston last year to Yuki Kawauchi, the Japanese athlete powering past the reigning world champion as he faltered in the freezing rain storm that blew the elite races to smithereens in 2018. Kawauchi is back for more this year.

On the women's side, defending champion Desiree Linden is back to take on 21 other elite athletes. Among them is three-time AbbottWMM series champion and Six Star Finisher Edna Kiplagat, who is already on the board in series XII following her fourth place at the BMW BERLIN-MARATHON.

The men's wheelchair division holds the prospect of a real barn-burner. Following his triumph in the rain of Tokyo, reigning series champion Marcel Hug has narrowed the gap at the top of the leaderboard to two points between himself and leader Daniel Romanchuk.

The Swiss athlete holds a course PB some eight minutes faster than the young American, and is clearly in fine form following his total domination of the Japanese leg of the series.

Ernst van Dyk can never be discounted in the hills of Boston either. The hulking South African has won 10 Boston titles and this will be his 20th appearance at the race. He also boasts the same 1:18:04 course PB as Hug, set when the pair went wheel to wheel down the home straight in 2017.

That was also the year Manuela Schär set a world best in the women's wheelchair marathon with a time of 1:28:17. With Boston's ineligibility as a world record course, her official world record in Berlin is 1:36:53.

Schär is already uncatchable in the series, having won the maximum of four races and adding two bonus point wins to her total so far. She sits top by an eye-watering 76 points over Tatyana McFadden, but that will not deter the American legend from defending the trophy she took back in 2018 after outlasting her competition in the wet. Schär has unhappy memories of last year's race when she withdrew with hypothermia.

Aside from the elite action, Boston will also provide the stage for the 5000th AbbottWMM Six Star Finisher to be awarded their Six Star Medal. Over 500 runners are set to be welcomed into the Six Star Finisher family, a record number for the race.

Find out how you can watch the 2019 Boston Marathon here.