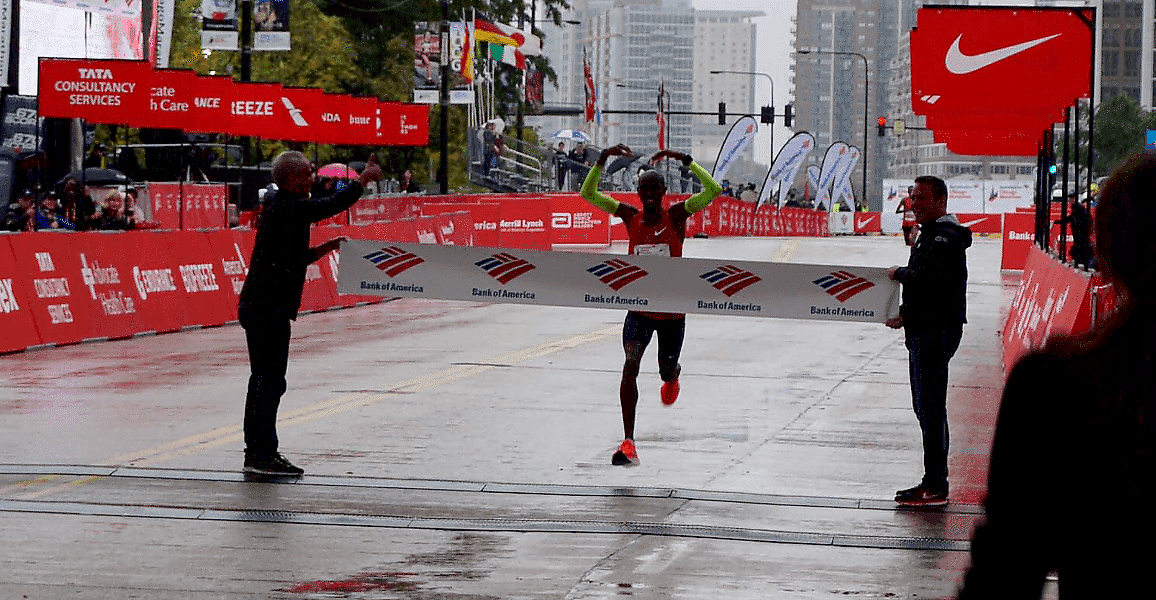 The four-time Olympic champion on the track used that famous finising speed to kickaway from Ethiopia's Mosinet Geremew as he turned onto the incline of Roosevelt Road, before cruising on to the home stretch of Columbus Avenue and taking the tape in his famous �Mobot' pose.

Farah's time of 2:05:11 saw him lower the British record he set at the Virgin Money London Marathon in April and also claim the European Record.

Japan's Suguru Osako was third in a new Japanese National Record of 2:05:50, a time which came with a 100 million Yen ($1 million) bonus.

For Farah, this was the culmination of applying the lessons learned from his third-place run in London last April, where a first half of 61 minutes took its toll late on.

�"I am definitely better off going slower in the first half," said the Briton, who clocked around 63 minutes for 13.1 miles this time. �"I know I can mix it now and run a decent time. To come away with a win is great, but I think I can go a lot faster."

There was another first-time win on the women's side with a crushing performance from Kenya's Brigid Kosgei. The 24-year-old waited until the 30km mark before unleashing a break that none of her rivals could handle.

It was enough to end her run of second place finishes, one of which was achieved in Chicago last year, as she romped home in 2:18:35, over two minutes clear of Ethiopia's Rosa Dereje. Shure Demise was third in 2:22:15.

Both Farah and Kosgei now draw level at the top of the AbbottWMM Series XII standings with 25 points each alongside Eliud Kipchoge and Gladys Cherono respectively.

The Series resumes on the first weekend in November with the TCS New YorkCity Marathon.