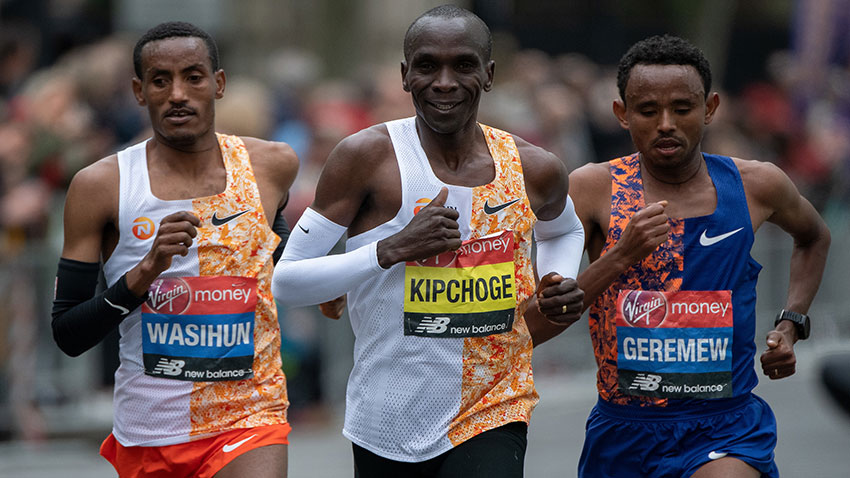 It's Kipchoge vs Ethiopia in London

The men who pushed Eliud Kipchoge all the way in the 2019 Virgin Money London Marathon 2019 are back to go one better in 2020.

Ethiopia's Mosinet Geremew and Mule Wasihun will return to do battle with the reigning AbbottWMM series champion, who set a new course record of 2:02:37 last year.

The Kenyan was chased home by Geremew, who ran the fifth fastest time in history of 2:02:55 to finish second behind the great man.

Kipchoge is aiming for a record fifth London title, a win that would also set him up for a historic fifth consecutive AbbottWMM series crown. He has dominated the competition since his first Majors win in Chicago in 2014, and has not been defeated over the distance since then.

The Olympic champion will also be challenged by the 2019 fourth-placed finisher Shura Kitata and Tamirat Tola, who came sixth last year.