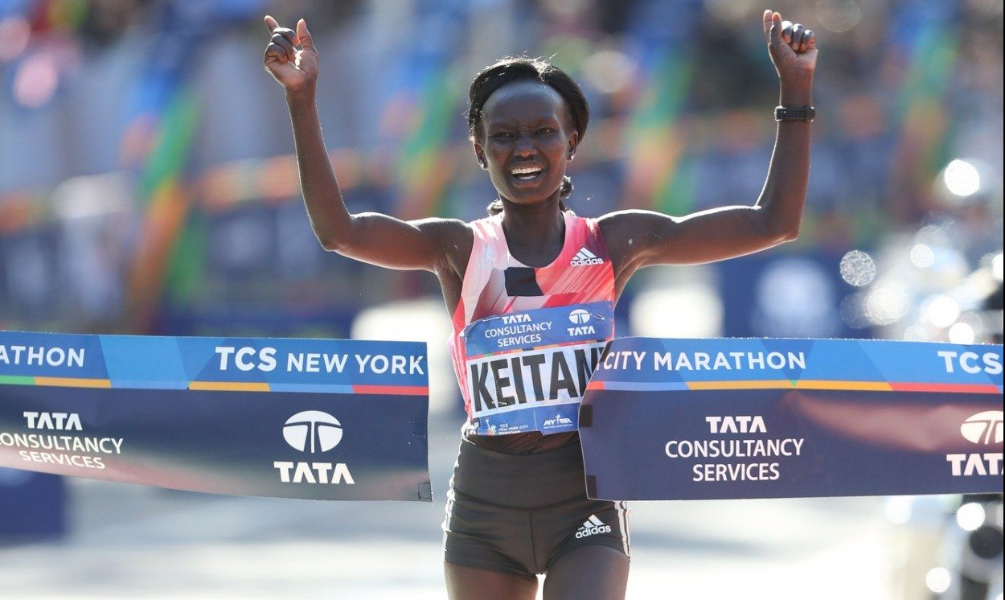 Mary Keitany of Kenya will look to advance to the top of the Abbott World Marathon Majors leaderboard when she defends her TCS New York City Marathon title, on Sunday Nov. 5, as Series XI continues in the Big Apple.

Eritrea's Ghirmay Ghebreslassie, who took his first AbbottWMM win in New York twelve months ago, is aiming to score his first points in Series XI as he defends his title.

Keitany made history as she joined the great Grete Waitz on the event's honors board with her third consecutive victory, one achieved with the largest winning margin for 36 years.

After breaking the women's only world record at the Virgin Money London Marathon this April, Keitany will be favorite to add a fourth straight New York win to her ever-growing career tally and move to the top of the women's Series XI standings.

The 35-year-old is already a two-time AbbottWMM winner after finishing first in Series VI and Series IX. Another 25 points added Sunday would take her above Chicago winner Tirunesh Dibaba to earn 50 points in the 12-month series due to end in the British capital next April.

But Keitany's quadruple is far from guaranteed as she faces some formidable opponents, including compatriot Edna Kiplagat, also a two-time AbbottWMM winner after finishing first in Series V and Series VIII. Kiplagat is also the 2010 New York winner, and a double world champion who lies fifth in the current series after placing second at the 2017 World Championships in London.

The Kenyan pair will have a trio of Ethiopians to contend with, all of whom have fast times and notable victories to their names. They areformer world champion and Olympic bronze medallist Mare Dibaba, former Boston Marathon winner Buzunesh Deba, and last year's Frankfurt Marathon winner, Mamitu Daska.

All three will be in the hunt for their first Series XI points, as will USA's main hope Shalane Flanagan who was second in New York on her marathon debut in 2010 and will race the distance on Sunday for the first time since placing sixth in the Rio Olympic final in August last year.

Ghebreslassie's task will be no less tough as the 21-year-old also takes on a previous New York winner in Wilson Kipsang, the former world record holder who was added to the entry list last month after dropping out of the Berlin Marathon in September.

The 35-year-old Kenyan won the New York Marathon in 2014 when he became the Series VIII title holder just a year after breaking the men's world record.

Kipsang will be joined on the start line by compatriot Geoffrey Kamworor, a two-time world half marathon and world cross country champion, who was second in the New York Marathon two years ago.

Former world silver medallist Lelisa Desisa leads the Ethiopian challenge in his first marathon since dropping out late in the race last year. He won the Boston Marathon in 2013 and 2015, to be succeeded in 2016 by Lemi Berhanu, another sub-2:05 man who makes his New York debut.

US veterans Abdi Abdirahman and Meb Keflezighi will make their seventh and 12th New York appearances respectively, at the ages of 40 and 42, while the Eritrean-born Swiss Tadesse Abraham, who broke the European record last year, takes on the five-borough challenge for the first time.

The contest for Series XI points will be equally fierce in the wheelchair races where defending champions Marcel Hug and Tatyana McFadden will be the ones to watch after impressive victories in Chicago a month ago.

After one second place and two wins, Hug is already 41 points clear at the top of the men's leaderboard and the so-called Silver Bullet could hit a four-race total of 91 if he picks up another 25 on Sunday.

Few would bet against the Swiss flier as he continues to defend his Majors crown in a field missing Australia's Kurt Fearnley, the five-time New York winner and course record holder who was narrowly beaten last year.

Two-time winner Ernst van Dyk will be on the start line, however, and the South African is keen to add to his Series XI tally, while the biggest threat to Hug could come from the Japanese pair of Kota Hokinoue and Ryota Yoshida who lie fourth and fifth in the standings.

McFadden returned to winning ways in style in Chicago last month when she emerged from the back of the pack to claim her first Series XI victory in front of fellow American Amanda McGrory and Swiss rival Manuela Sch�r.

That was Sch�r's first Series XI defeat and she still heads the standings on 59 points with McGrory second on 32, but a sixth New York win for McFadden could move the Series X champion within striking distance of the lead.

The big three look set to battle out a thrilling finish on the rolling roads of Central Park while Susannah Scaroni of USA, Germany's Annika Zeyen and Madison de Rozario of Australia will all hope to pick up more points with top five finishes.