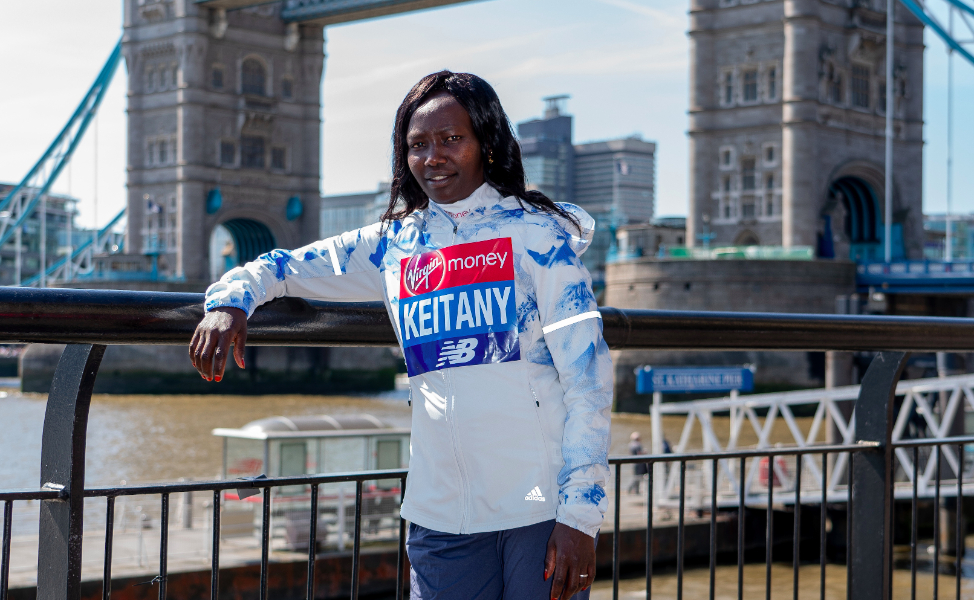 Keitany, who finished fifth in today's Virgin Money London Marathon, could not improve on her 41 points as she faded in the second half of a hot race in the UK capital, but the same applied to her main series rival.

Ethiopia's Tirunesh Dibaba was also on 41 points, but got into trouble as they rattled along at sub-world record pace during the first half and Dibaba would not finish the race, eventually grinding to a standstill at 19 miles killing off her hopes of Series victory.

It remained to be seen if Keitany could sweep up another London win along with a third AbbottWMM Series and the world record, but the heat began to take its toll on her to damaging effect.

The unseasonable conditions saw her lead whittled away by Keitany's compatriot Vivian Cheruiyot. Cheruiyot was suddenly gaining ground on the 2017 champion as they approachd 35km, and passed her with ease as they ran back down the Highway as they began the final handful of miles.

Brigid Kosgei, Tadelech Bekele and BMW Berlin Marathon champion Gladys Cherono also caught Keitany as her struggles continued, but with Cheruyiot taking the win and 25 points, none of them could catch the triple London champion in the AbbottWMM standings.

All of this has left Keitany and Dibaba exactly where they were before the final race of the Series, locked on 41 points at the top of the leaderboard, but the Kenyan legend takes the title on their head-to-head performances, which gives Keitany a two-to-zero advantage and her third AbbottWMM title.

She beat Dibaba into second on the same course last year when she set the women's only world record, and achieved a better result again today to secure top spot and the $250,000 prize.