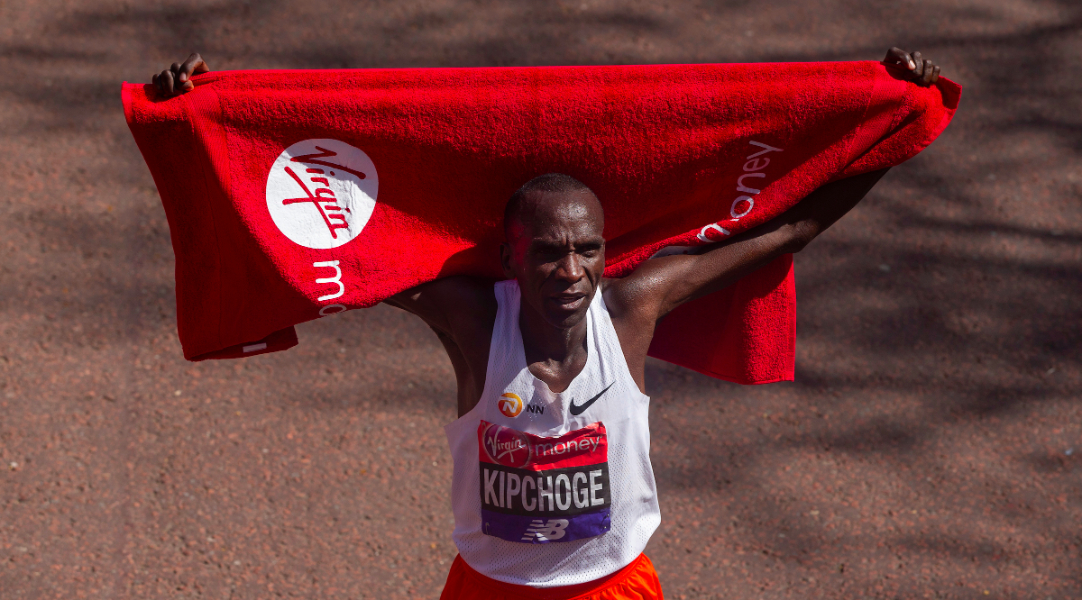 The Kenyan stormed away from his last challenger Tola Shura Kitata with two miles left to take his third London crown and, with it, the $250,000 prize for AbbottWMM Series XI.

Kipchoge's victory continues Kenya's dominance of the AbbottWMM Men's competition since its inception, and he moves ahead of the late Samuel Wanjiru's two titles to stand alone as a three-time champion in the men's Series.

The 2016 Olympic champion looked in control from the outset as the men set out at a searing pace, but the heat in London likely played a part in any early world record hopes evaporating.

It was not long before Kipchoge's challengers had become just two, with Kitata and Mo Farah hanging on to the 2015 and 2016 winner of this race.

Farah, making only his second attempt at the distance, eventually lost ground but would hold on for third place, while Kipchoge soon saw off the challenge of Kitata to turn on to The Mall all alone, a sensation he is no stranger to.

His win propelled him past fellow Kenyan Geoffrey Kirui in the standings to 50 points and on to the Series XI championship.

Last year's winner in London, Daniel Wanjiru, had a far less successful day at the office this time around as he finished eighth.

Wanjiru now finds himself locked in a fight for third place with no fewer than four other athletes.

The six AbbottWMM race directors will have to vote to decide who will take the $25,000 prize.