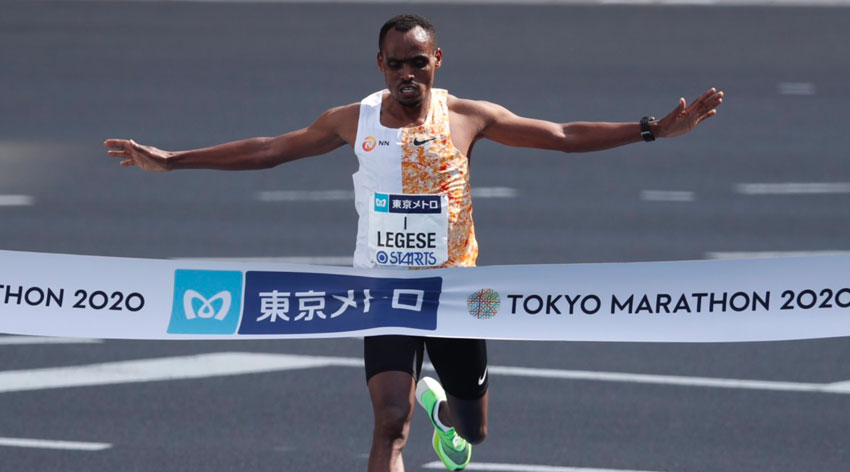 Biranhu Legese claimed his second consecutive Tokyo Marathon title to move into a share of the lead at the top of the Abbott World Marathon Majors table.

The Ethiopian clocked 2:04:15 to take the tape 34 seconds ahead of Belgium's Bashir Abdi, who outmuscled Sisay Lemma by just two seconds.

Legese's victory adds another layer to the reputation he has built over the last 12 months. His first win in Tokyo in 2019 was followed by a huge personal best in Berlin where he came second behind a sensational performance from Kenenisa Bekele. His time there of 2:02:48 puts him fourth on the all-time list of the fastest marathons in history.

And while he was not to be denied a second Tokyo title, there was alsojoy for home-grown athlete Suguru Osako who finished fourth in a new Japanese record of 2:05:29 to put himself in pole position for the final place in Japan's men's Olympic marathon team.

In wheelchair fields affected by the withdrawal of a number of the leading athletes, Tomoki Suzuki won the men's race in a new course record of 1:21:52, while Tsubasa Kina was crowned women's champion for 2020 in 1:40:00.