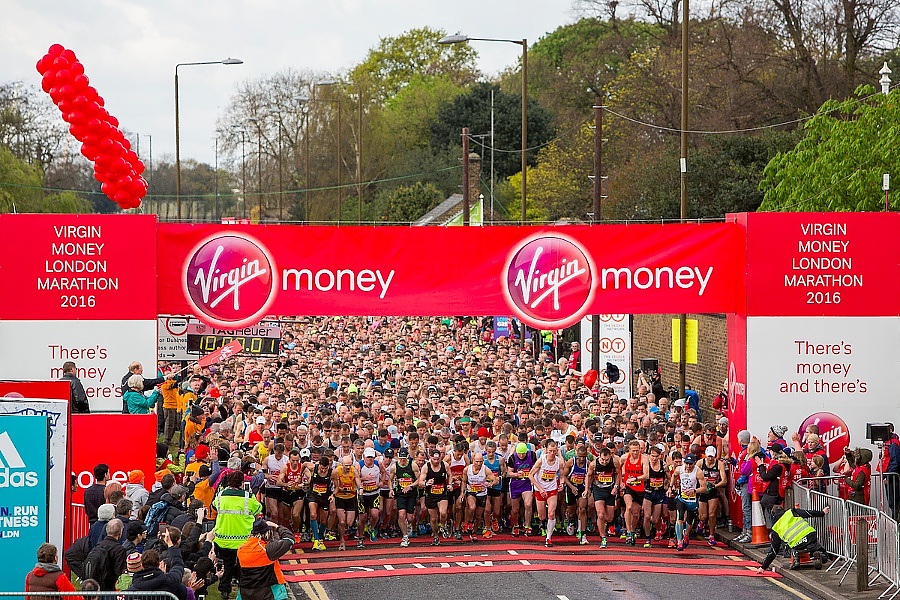 The new circuit starts just six days after Series X concluded at the Boston Marathon on Monday with four thrilling races and the two fastest wheelchair marathons ever seen. More thrills are in store in London as the series begins again with a brand new prize structure and an innovative charity programe.

For the first time since the series began in 2006, prizes will be awarded to the top three male and female runners and wheelchair racers on their respective leaderboards at the end of the 12-month cycle. Previously, only the individual champions received prize money. More information on the new structure and charity programme can be found here.

Ethiopian legend Kenenisa Bekele will start as favorite to win maximum points in the men's race.

Already a triple Olympic champion and double world record holder on the track, Bekele became the world's second fastest marathon runner of all time when he won the 2016 BMW BERLIN MARATHON last September.

He missed the world record by just six seconds when he crossed the line in the German capital in two hours three minutes three seconds after a thrilling battle with former world record holder Wilson Kipsang. It was the fastest marathon in the world in 2016 and broke Haile Gebrselassie's Ethiopian record, sending a powerful message to the selectors who had left him out of Ethiopia's team for the Rio Olympic Games.

Now Bekele aims to strike another blow for his country as he seeks to become only the third Ethiopian man ever to win the coveted London Marathon title and the first since two-time winner Tsegaye Kebede in 2013.

Bekele made his London debut last April when he ran an impressive race to finish third behind the Kenyan duo of Eliud Kipchoge and Stanley Biwott despite not being fully fit. Now regarded as one of the true marathon elites, he will have Kipchoge's course record of 2:03:05 in his sights, and perhaps even Dennis Kimetto's world record of 2:02:57.

Bekele will face five opponents who have run marathons quicker than 2:06, while the field contains two marathon world champions, three of the top five finishers from last summer's Olympic Games, and the winners of the 2016 Tokyo, Berlin, Chicago and New York events.

As ever, the main contenders come from east Africa with the Ethiopian contingent especially strong. Bekele's compatriots include Rio Olympic silver medallist and 2016 Tokyo Marathon champion Feyisa Lilesa, the 2016 Dubai and Hamburg Marathon champion Tesfaye Abera, and Tilahun Regassa, who is aiming to make the London podium after finishing fifth and sixth in the last two years.

Abel Kirui and Daniel Wanjiru will lead the Kenyan challenge.

The experienced Kirui, who won the world marathon title in 2011 and 2013, returns to London for the first time since 2012 when he was fifth just four months before winning Olympic silver in the same city.

After a number of years without a major victory, he was a surprise winner of the 2016 Bank of America Chicago Marathon in October and will be looking for another strong performance as he seeks selection for Kenya's 2017 World Championship team.

Wanjiru will also be one to watch after he lowered his personal best by almost three minutes to win last October's Amsterdam Marathon in 2:05:21.

Kirui won't be the only world champion on show as Eritrea's young star Ghirmay Ghebreslassie returns to London after finishing fourth last April in a PB 2:07:46.

The 21-year-old became the youngest global marathon champion ever when he won the 2015 world title in Beijing at the age of 19. He enhanced his status as one of the world's best when he claimed the 2016 TCS New York City Marathon crown in November just three months after placing fourth at the Rio Games in August.

The 2017 women's field, topped by two-time London champion and AbobttWMM Series IX champion Mary Keitany, is one of the strongest ever assembled for a major city marathon.

Keitany is one of four women in the line-up who have broken the two hours 20 minute barrier while no fewer than eight have run quicker than 2:22. Among them are two of the three of medallists from last year's race, three previous London champions, and Tokyo, Berlin, Chicago and New York City winners.

Keitany is again the quickest on paper thanks to the African record of 2:18:37 she set on her second London Marathon victory in 2012, a time that makes her the second quickest woman marathon runner of all time behind Britain's Paula Radcliffe.

She completed a hat-trick of New York City titles last November and is now aiming to become only the fourth woman to win the London Marathon three times.

Alongside her will be a trio of fellow Kenyans Florence Kiplagat, the 2015 and 2016 Chicago champion and a former half marathon world record holder who was third here last year and second in 2014; the 2016 Tokyo Marathon champion and 2015 world silver medallist, Helah Kiprop; and the Olympic 5000m champion, Vivian Cheruiyot, who will make her marathon debut at 33.

That quartet of quality Kenyans is matched by a five-strong Ethiopian contingent with equally impressive credentials.

They include the reigning world champion and Olympic bronze medallist, Mare Dibaba, who finished sixth last year; her namesake, Tirunesh Dibaba, the triple Olympic and five-time world track champion, who was third on her marathon debut in London three years ago; and the 2015 London champion, Tigist Tufa, who crossed the line second here last year.

Ethiopia will also have high hopes for Aberu Kebede, the three-times Berlin Marathon champion who has also won the Frankfurt, Tokyo and Rotterdam marathons in recent years. The 2010 London champion, Aselefech Mergia, should nnot be discounted either. She has won the Dubai Marathon three times in recent years.

Switzerland's �Silver Bullet' dominated the men's leaderboard in the inaugural AbbottWMM wheelchair series over the last 12 months. His London victory came just six days after winning last year's Boston Marathon and the 31-year-old has been virtually unbeatable ever since, winning seven out of the eight races, including the 2017 Boston race on Monday when he set a world best time of 1:18:04.

Fearnley has been Hug's closest rival, finishing second in Rio, Chicago and New York as well as London, and the two-time Paralympic champion is likely to be the Swiss man's main challenger again on Sunday.

South Africa's 10-time Boston winner Ernst van Dyk will also be in the hunt. He finished a hair's width behind Hug in Boston last week but is still looking for his first London victory on his 12th appearance.

That's almost as many as Weir who is striving for a record seventh win at the event that's closest to his heart. Weir won his first London Marathon in 2002 and his sixth 10 years later, but has had to settle for second, second and third on his last three attempts. This will be his 18th consecutive appearance.

Others likely to be challenging for points include Josh Cassidy, Canada's 2010 winner and holder of the world's fastest time; 2015 victor and reigning world champion, Joshua George of USA; and veteran Swiss Heinz Frei, the official world record holder who has won London three times in the past.

They will all have to keep an eye on Japanese newcomer Sho Watanabe, however, after the 25-year-old inflicted a shock defeat on Hug in Tokyo.

Manuela Schär of Switzerland is likely to be a dominant challenger. She arrives in London fresh from shattering the Boston course record by nearly six minutes with a world best time of 1:28:17.

In London last year, she lost by just one second to American powerhouse Tatyana McFadden, who was recently named the inaugural AbbottWMM women's wheelchair champion. McFadden will not be competing Sunday as she continues to recover from surgery.

Schär won the Berlin Marathon last September but was forced to accept second in Tokyo this February when Amanda McGrory clinched victory.

McGrory should be full of confidence for London after that Tokyo win and her second place performance in Boston this week. The former course record holder won the London title in 2009 and 2011, and will be keen to get back among the medals after placing fourth in 2016.

US duo Susannah Scaroni and Shirley Reilly should also be in contention. Reilly won Paralympic gold at London 2012 but hasn't raced here since 2014, while Scaroni was in good form last year and made the podium in Tokyo this February and in Boston this week when she was third. She also beat McGrory to win the New York half marathon in March.

Japanese youngster Tsubasa Kina will be one to watch after she won her debut marathon in Oita last October and went on to place fifth in Tokyo less than two months ago.

Arielle Rausin and Katrina Gerhard are both US youngsters making their London debuts, while Canada's Diane Roy is an experienced campaigner who shouldn't be discounted.