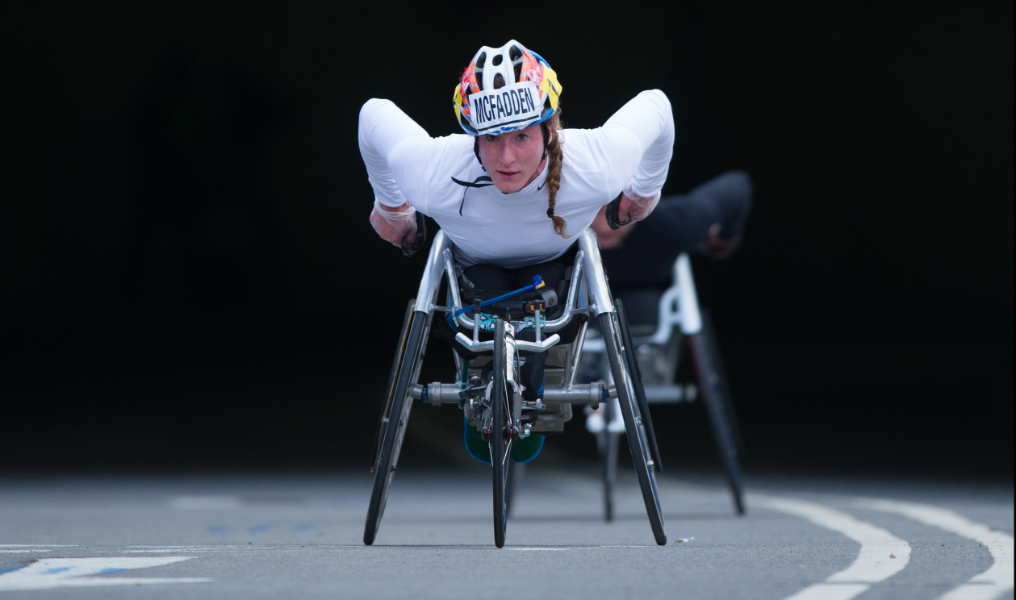 Having undergone surgery on blood clots before the same race in 2017, McFadden returned to avenge the defeat she suffered at the hands of Swiss rival Manuela Sch�r.

It was Series leader Sch�r who looked to be putting together another dominant race as she streaked clear and lead with no one else in sight through the six-mile marker.

But the conditions perhaps played to the strength McFadden is famed for, and by 11 miles, the American had caught and passed Sch�r, who appeared to have no answer.

McFadden barreled on through the torrential rain that had accounted for her fellow University of Illinois athlete Amanda McGrory before the start, and finished in 2:04:39, a time that says everything about the punishing conditions faced by the athletes in Boston.

McFadden's win closes the gap on Sch�r at the top of the standings, but the leader, who did not see the finish line on Boylston Street, cannot be caught with one race to go.

In the men's race, Marcel Hug rubber-stamped his lead at the top of the leaderboard as he powered away from 10-time Boston winner Ernst van Dyk in the final six miles.

The pair had gone blow for blow until that point and it looked as though a repeat of their sprint finish was on the cards. But the Silver Bullet's move at 20 miles proved too much for van Dyk to handle, and a fourth straight Boston was Hug's for the taking.

With Hug and Sch�r still heading for their respective titles, it will be all about bragging rights in London next weekend when the Series comes to an end.