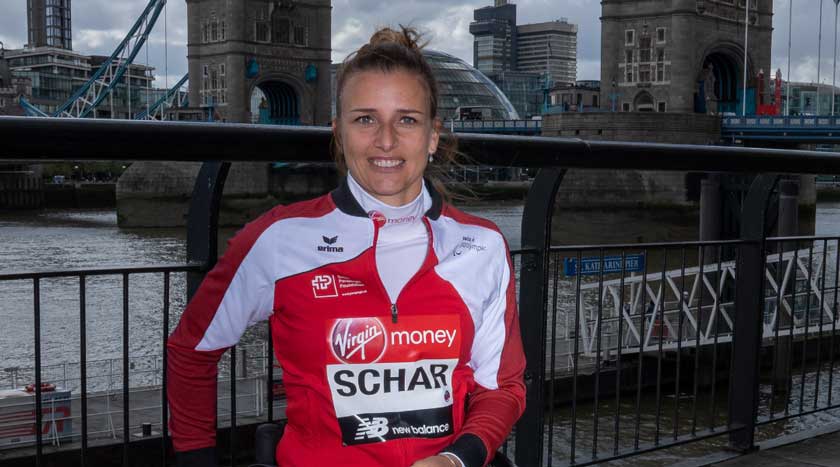 Schar sets her sights on the Flying 400

Reigning Abbott World Marathon Majors women‚Äôs wheelchair champion Manuela Sch√§r believes the addition of prize money to the bonus point sprint section of Sunday‚Äôs Virgin Money London Marathon will bring added spice to the race.
¬†
AbbotttWMM have topped up the prize fund already offered by the race for the¬†section by adding $20,000,¬†which means there is¬†$10,000 up for grabs to¬†the fastest man and woman through the ‚ÄòFlying 400‚Äô section just after the 20km mark on Tower Bridge, with a further $5,000 for second fastest.
¬†
Sch√§r, the runaway leader of the AbbottWMM Series XII, has already bagged the maximum three bonus point wins in this campaign, as well as sweeping every race in the series so far, but the incentive of prize money has focused her sights on the 400m section.¬†