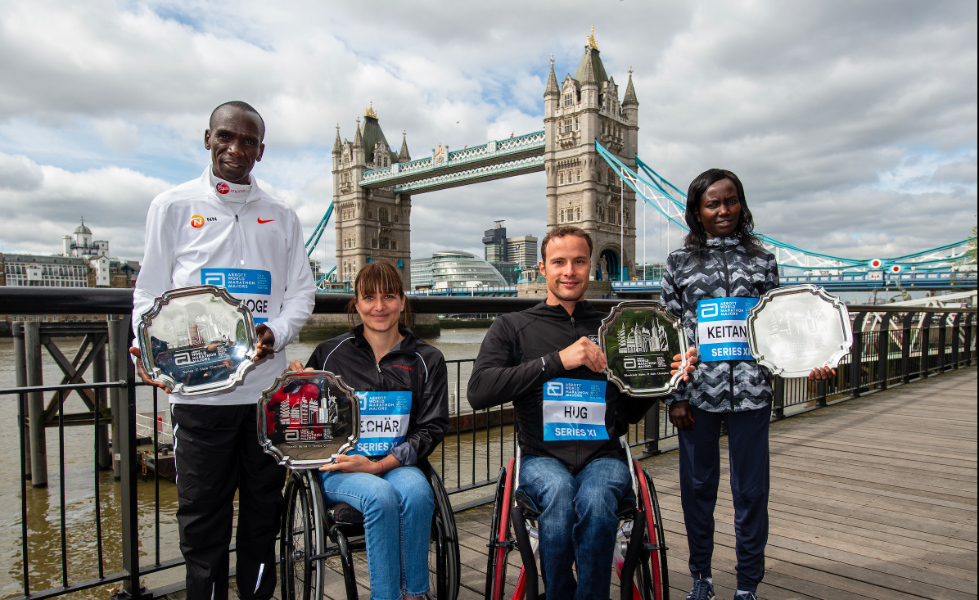 Eliud Kipchoge won his third consecutive AbbottWMM title after winning the 2017 BMW Berlin Marathon and the 2018 Virgin Money London Marathon to give him 50 points.

Second behind Kipchoge was his fellow Kenyan Geoffrey Kirui with 41 points. Kirui won 25 points with victory at the 2017 IAAF World Championships Marathon and added 16 more with second in the 2018 Boston Marathon.

In third was Japan's Yuki Kawauchi with 25 points after his victory in the 2018 Boston Marathon.

Kawauchi was tied in joint third by Daniel Wanjiru (KEN), Galen Rupp (USA), Geoffrey Kamworor (KEN) and Dickson Chumba (KEN), which triggered a vote by the six AbbottWMM race directors to decide who would be named in third place.

Kawauchi's amazing victory in Boston, in a race that also contained Kirui and Rupp, was enough to give him the decision.

In the elite women's competition, Kenya's Mary Keitany was confirmed champion after victory in the 2017 Virgin Money London Marathon and second place in the 2017 TCS New York City Marathon.

Keitany finished level on 41 points with Tirunesh Dibaba (ETH) but her win over Dibaba in London in 2017 means she wins on a head-to-head comparison.

Dibaba takes second place, while Brigid Kosgei was awarded third place, again on a race director's vote. Kosgei was second in the 2017 Bank of America Chicago Marathon and second in the 2018 Virgin Money London Marathon, drawing her level with Ethiopia's Ruti Aga but winning the race director's vote after besting Keitany and Dibaba in London this year.

In the wheelchair series, we saw dominant performances from two Swiss athletes across the year.

David Weir (GBR) finished in second after winning both the 2017 and 2018 Virgin Money London Marathons for 50 points, with Ernst Van Dyk (SOU) in third on 33 points.

Hadzima added: �"The racing showed the very best of world class marathon running and wheelchair racing, while we also celebrated all of our champions who followed behind our elite athletes, especially those who completed their journey to becoming Six Star Finishers.

�"We are excited for the start of Series XII in Berlin and to see how the elite competitions will unfold once more."

Series XI of the Abbott World Marathon Majors consisted of:

Top 3 in each category

Series XII begins on 16 September 2018 at the BMW Berlin Marathon.