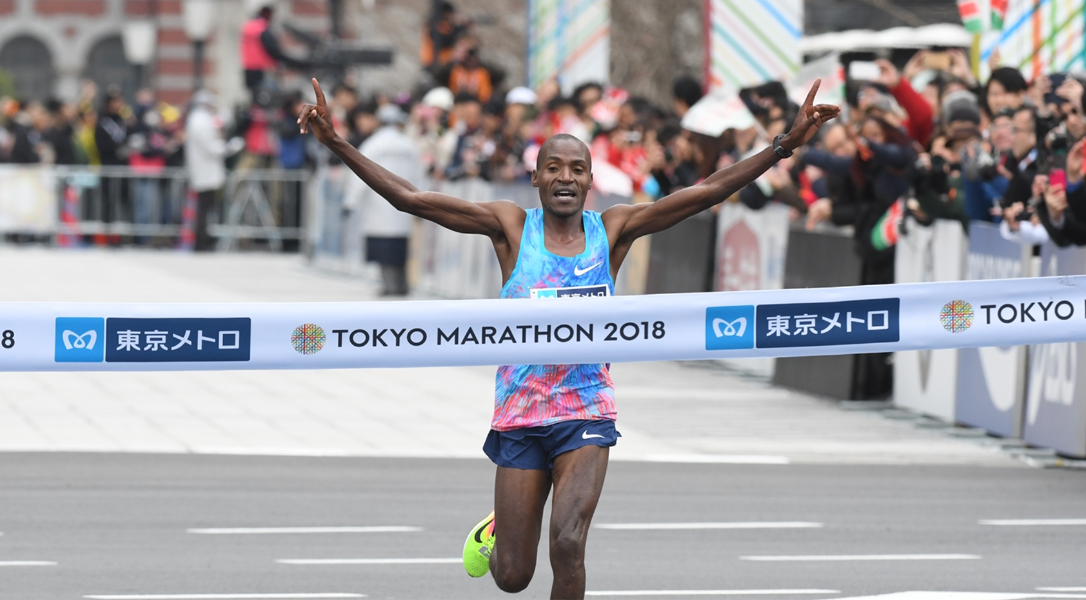 The Tokyo Marathon will raise the curtain on the spring stanza of AbbottWMM Series XII, with a host of athletes hunting higher positions on the elite leaderboards.

In the men’s field, the withdrawals of Ethiopia’s Kenenisa Bekele and 2018 Abu Dhabi Marathon champion Marius Kipserem pave the way for an open and intriguing battle between the key contenders.

Kenya’s Dickson Chumba has focused his training on retaining his title and winning his third Tokyo crown, while Bahrain’s El Hassan El Abassi and Ethiopian duo Birhanu Legese and Seifu Tura join Chumba as the only men in the field with a sub 2:05 PB.

One athlete aiming to rub shoulders with that group will be Japan’s own Suguru Osako. There is perhaps no runner in the field whose upward curve has been steeper. The Nike Oregon Project athlete set a new national record of 2:05:50 at the Bank of America Chicago Marathon in October, slicing well over a minute off his previous PB and dwarfing his 2:10 time set on his marathon debut in Boston in 2017.

Osako’s third place in the Windy City last October means he can go joint top with a second-place finish or take a clear lead if he tastes victory in the shadow of the Imperial Palace.

He may not be alone as far as Japanese contenders for the podium are concerned. Race Director Tad Hayano said recently: “I am determined to do everything possible for the race so that at least five Japanese will run [a] 2:06 marathon before the 2020 Tokyo Olympics.”

Should the pace of the lead group get too hot for the home-grown runners, the fight between them will itself be a fascinating battle to watch unfold.

In the women’s elite field, this could be Ruti Aga’s time to finally climb on to the top step of a Majors podium. The 25-year-old Ethiopian came second behind Birhane Dibaba last year and has two consecutive second places from Berlin under her belt.

Aga’s PB of 2:28:34 makes her the fastest woman on paper and favorite to shed the bridesmaid tag, but she will face the experienced campaigner Florence Kiplagat from Kenya, who knows that winning feeling well.

Two victories in Berlin, two in Chicago and a string of top ten finishes in London make her a formidable big race competitor as she aims to collect her fourth AbbottWMM star.

Consideration should also be given to reigning world champion Rose Chelimo, whose smarts in a tactical race make her a live contender here, but if Aga can win, it will send her top of the leaderboard with 41 points, which was enough last year for Mary Keitany to claim the series title.

In the men’s wheelchair series, the USA’s Daniel Romanchuk has blown the men’s contest apart with his back-to-back victories in Chicago and New York. The 20-year-old displayed both the acumen and the strength to beat reigning series champion Marcel Hug to the line on both occasions in that American double.

But after a winter away from the road, the series leader is making his debut on an unknown course and Tokyo has history when it comes to ripping up the form book.

Few backed Hiroyuki Yamamoto for victory in 2018, even less that we would see a Japanese one-two, but the 52-year-old shocked the world when he won a head-to-head sprint with Tomoki Suzuki to claim first place last year.

There is also the Canadian factor. Brent Lakatos opened Series XII with a win in Berlin that not many had predicted, in only his third attempt at the marathon distance, and he is back on the circuit in Tokyo to see if he can make a dent in the sizeable series lead that Romanhcuk has built for himself.

The added spice of eight extra points for the sprint bonus between the 36km to 37km mark can also play a large part in how the table will shake out. Should the boy from Illinois make it three straight wins and three straight bonus point successes into the bargain, he’ll have at least one of his giant hands on the Series XII platter with three races remaining.

The women’s wheelchair leaderboard sports the familiar sight of the Swiss flag at the top. Manuela Schär has led from day one, with three consecutive victories and one bonus point win, to carry a 58-point lead over Susannah Scaroni into race No. 4.

Tokyo proved a happy hunting ground for the 34-year-old Schär 12 months ago as she cruised to a trademark win by a distance.

In Series XII, her form has been even better. The world record fell to her in Berlin and after fending off Australia’s Madison de Rosario in the rain of Chicago, she then went blow-for-blow with Tatyana McFadden in New York, showing tremendous grit to hold on to McFadden in the undulations of Central Park before stealing away from the American in the last mile.

Schär, already a Six Star finisher, will be joined in that club by Romanchuk, Spain’s Jordi Madera Jiminez and Dutch wheelchair athlete Margriet Van den Broek who will collect their medals after the race on Sunday.

They will be among some 700 runners completing their Six Star journey at Tokyo’s finish line to edge the grand total ever closer to 5,000 worldwide.

The spring season for the Abbott World Marathon Majors is about to get rolling, and it promises to be as spectacular as ever.