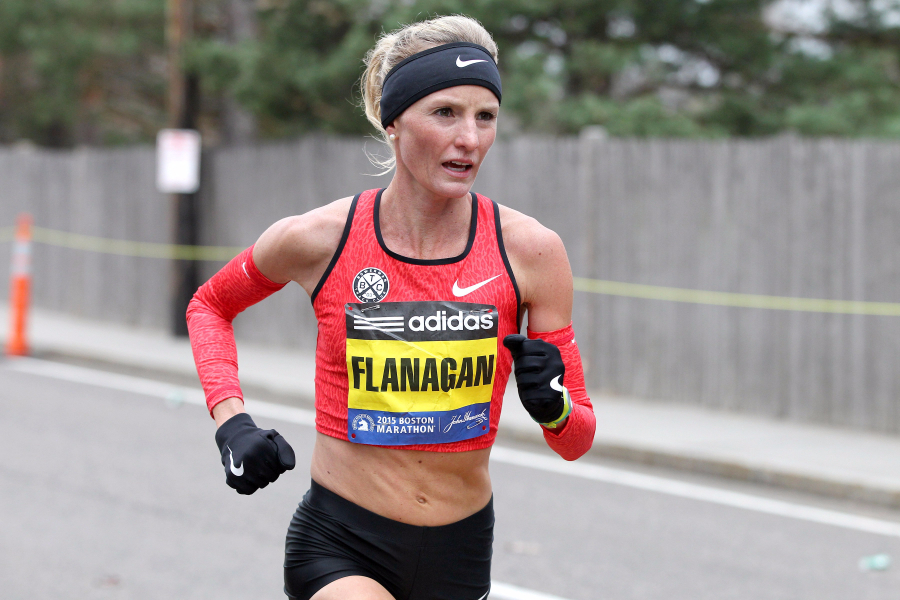 We are excited to welcome an extremely accomplished American field for the 2017 TCS New York City Marathon, as Meb races his 26th¬†and final career marathon, while Amanda and Tatyana battle for another five-borough title. Shalane, meanwhile, who owns the best New York City Marathon finish by an American woman in the last 27 years, returns in search of another podium finish,‚Äù said Peter Ciaccia, president of events for New York Road Runners and race director of the TCS New York City Marathon. ‚ÄúThis All-Star American lineup for 2017 will certainly raise the level of excitement around this year‚Äôs race, further elevating the support of professional distance running in our country and inspiring the millions of people around the world tuning in to watch these great athletes compete.‚Äù

Flanagan, 36, of Portland, OR, is the second-fastest U.S. female marathoner of all-time behind Deena Kastor and a four-time Olympian, having won a bronze medal over 10,000 meters at the 2008 Olympics that was recently upgraded to a silver. In 2010, she finished as the runner-up at the New York City Marathon, the best finish by an American woman in 27 years. Also a 16-time national champion across various distances, Flanagan will race this year‚Äôs New York City Marathon as an NYRR Team for Kids Ambassador. Just last weekend, she took part the Percy Sutton Harlem 5K as a Race Buddy for NYRR‚Äôs Run for the Future program. The Run for the Future is a summer program that empowers young women entering their senior year of high school to learn about running while building self-esteem and confidence, developing leadership skills, and training to complete a 5K run.

Seven years ago, I started my marathon career on the streets of New York City,‚Äù Flanagan said. ‚ÄúIt was one of the most thrilling experiences in my career, so I'm beyond excited to be returning this fall to where it all began. New York has always had an abundance of top competition. and I look forward to testing myself against the best in the world once again.‚Äù

McGrory, 30, of Savoy, IL, won her New York City Marathon debut in 2006 and finished third at last year‚Äôs edition of the event. The seven-time Paralympic medalist won three medals at the Rio 2016 Games and three medals at this summer‚Äôs World Para Athletics Championships in London. She opened her 2017 with a photo-finish win at the Tokyo Marathon, breaking the tape in 1:43:27 in February, before finishing as the runner-up at the United Airlines NYC Half in March.

‚There's no other city in the world quite like New York, so it makes sense that there's no other race quite like the TCS New York City Marathon,‚Äù said McGrory. ‚ÄúAs my first big marathon win, NYC holds a special place in my heart. I look forward to coming back every year to test myself against not only against the toughest athletes in the world, but also on one of the most difficult and technical courses I've encountered in my career.‚Äù¬†

McFadden, 28, of Clarksville, Maryland, will race for a record-breaking sixth career title in the wheelchair division. The NYRR Team for Kids Ambassador is a 17-time Paralympic medalist, the first-ever winner of the Abbott World Marathon Majors wheelchair series, and won all four of her events as this summer‚Äôs World Para Athletics Championships. She has¬†won five career New York City Marathons, including the last four consecutively. With another victory on the five-borough course, McFadden would surpass Edith¬†Hunkeler¬†and Kurt Fearnley for the most career wins¬†‚Äì by a male or female ‚Äì¬†in the wheelchair division.

The 2017 TCS New York City Marathon is part of the Abbott World Marathon Majors, a series made up of the world‚Äôs six largest and most renowned road races ‚Äì the Tokyo, Boston, Virgin Money London, Bank of America Chicago and TCS New York City Marathons. This year‚Äôs series will also include the IAAF World Championship Marathon. Points are allocated to the top five finishers in each race. The Abbott World Marathon Majors prize structure was expanded for this year to reward the top three men‚Äôs and women‚Äôs finishers in both the open and wheelchair series, with a total prize purse of $1,100,000. A new charity program was introduced, which will give a total donation of $280,000 in the name of the winners of each of the races that make up Series XI. Each race winner in the open and wheelchair divisions will be honored with an Abbott World Marathon Majors $10,000 donation.

The TCS New York City Marathon is the premier event of New York Road Runners (NYRR) and the largest marathon in the world. Over 1,000,000 people have finished the race since its first running in 1970 with just 127 entrants and 55 finishers running four laps around Central Park. The race expanded to all five boroughs in 1976 and just celebrated its 40th year as a five-borough affair. Held annually on the first Sunday of November, the race features over 50,000 runners including the world‚Äôs top professional athletes and a vast range of competitive, recreational, and charity runners. Participants from¬†approximately¬†125 countries tour the city, starting on Staten Island at the foot of the Verrazano-Narrows Bridge and running through the neighborhoods of Brooklyn, Queens, and the Bronx before ending in Manhattan. The NYRR Youth Invitational at the TCS New York City Marathon covered 1.8 miles of the race course in Central Park, beginning near mile 24 and finishing at the famed TCS New York City Marathon finish line. More than one million spectators and thousands of volunteers line the city streets in¬†support of the runners, while millions more watch the television broadcast in 175 countries and territories, including viewers in the New York area on WABC-TV, Channel 7, nationally on ESPN2, and via various international broadcast partners. The race is part of the Abbott World Marathon Majors, which features the world‚Äôs top marathons‚ÄîTokyo, Boston, London, Berlin, Chicago, and New York‚Äîand crowns the top professional male and female marathoners each year. Tata Consultancy Services (TCS), a leading global IT services, consulting, and business solutions organization, is the premier partner of NYRR and the title sponsor of the TCS New York City Marathon. The 47th running of the TCS New York City Marathon is set for November 5, 2017. To learn more, visit: www.tcsnycmarathon.org.